oldguy said:
President Joe Biden’s deputy White House press secretary has been suspended for one week without pay after reportedly threatening a reporter.

T.J. Ducklo, who was also Biden’s campaign chief spokesman, was put on leave for seven days in the wake of a Vanity Fair story detailing a contentious conversation he had with a reporter.

During that conversation, Ducklo reportedly said “I will destroy you.”
Click to expand...

Boomer..... said:
Click to expand...
Not a Biden supporter, but how did he lie? Was Biden present during the interaction with the reporter?
G

Birry said:
Not a Biden supporter, but how did he lie? Was Biden present during the interaction with the reporter?
Click to expand...
He said that he would fire them on the spot. It appears this guy got a one week suspension?
O

Birry said:
oldguy said:
Looks like the NeverTrumpers are going to take their ball and go home...

"More than a hundred former Republican officials, who view the party as unwilling to stand up to former President Donald Trump, are in talks to form a center-right breakaway party, four people involved in the discussions told Reuters.

More than 120 of them held a Zoom call last Friday to discuss the breakaway group, which would run on a platform of 'principled conservatism,' including adherence to the Constitution and the rule of law - ideas those involved say have been trashed by Trump.

The plan would be to run candidates in some races but also to endorse center-right candidates in others, be they Republicans, independents or Democrats, the people say.

Names reportedly under consideration for a new party include the Integrity Party and the Center Right Party. "

Good luck with that!
Click to expand...
You're being critical of a group of lawmakers trying to create a legit constitutional conservative party? Are you serious?
Click to expand...
The constitution means nothing to people unless it’s convenient. Most people will piss all over it if it means they get their way. Then, they will turn around and use it, if they get their way. I have been called all kinds of things on this message board, but I’m thing is for sure, I am consistent. The constitution and the Bible are what I live by. Most people’s beliefs change depending on how it affects their life . I’ll take consistent all day over being popular.

oldguy said:
Birry said:
You're being critical of a group of lawmakers trying to create a legit constitutional conservative party? Are you serious?
Click to expand...
Hey I wished them luck.. given the obstacles involved and the money needed to create a national third party are huge.

What do you consider legit? Who would be the new leader of the "Center Right" party? Romney?

And if the 74 million people who voted for Trump start the "Patriot" party , and the NeverTrumpers form the "Center Right" party, many are people will be left for the GOP? This appears to be a recipe to keep the Dems in power for a very long time. Why not actually try to fix the existing GOP party?
Click to expand...
Because the current GOP party is just an extension of the Democratic Party. They are all “The Establishment”
See you have the communist, “the squad”
You have the socialist fascist, “moderate democrats.
Then you have the neocon fascist, “the gop” or the military industrial complex.
The democrats are moving closer and closer to the squad. The republicans are moving closer and closer to the socialIst. All of the three above are the same in one way, they want to control all of us peons. They all want to crush the middle class and have a country controlled by corporations and the political elite.
So that leaves nowhere for true conservative constitutionalist.

oldguy said:
CowboyJD said:
But you asked a question that by it's nature required us to speculate on the motives of others...unless you really thought that there are some of those folks that are contemplating forming those new parties in this forum.
.
Click to expand...
I am genuinely interested of those in the forum if the GOP split into 3 parties who would join the new or stay with the GOP, what would the parties platform be and who would be the leader of each party.

For me,I'm pretty much going with wherever Rand Paul is.
Click to expand...
He is about the only person in DC that I respect.

Boomer..... said:
Click to expand...
Not surprising, but T.J. Ducklo has resigned.
O

View attachment 88915
Click to expand...
I'm cautiously optimistic because I'm more concerned that that increase is from people wanting their own MAGA party...
G

I love the idea of a third party. It will only work if you can get the middle of both parties though and that’s the problem. If somehow Trump puts one together, we will never elect another republican.

gogetumpoke said:
I love the idea of a third party. It will only work if you can get the middle of both parties though and that’s the problem. If somehow Trump puts one together, we will never elect another republican.
Click to expand...
He won’t start one. He is going to challenge the establishment republicans. He is a lot of things but a wussy isn’t one of them. He will either change the GOP or burn it down. As a former republican, I honestly wouldn’t mind seeing it burned down. It abandoned me many years ago, I was just to blind and brainwashed to see it.

It took covid, so they could hide him in his basement, so he couldn’t say anything stupid like this, to get this guy elected. Have to give him credit for being consistent. He ran 3 times over 30 years of his nearly 50 years in Washington. What a leach. He and old Mitch are cut from the same cloth. 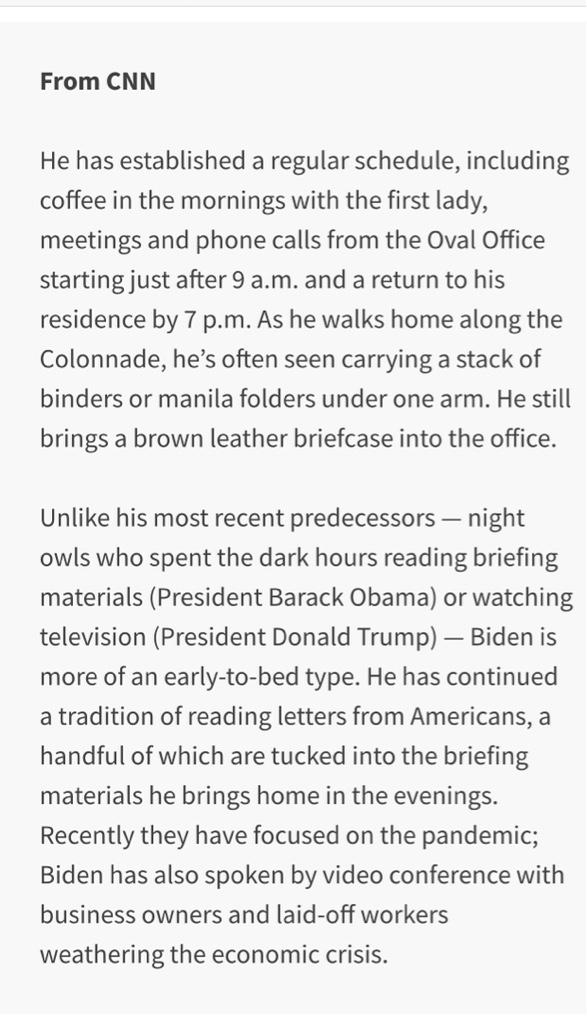 Does anybody remember when the Wii U was launched and people would take them to nursing homes to mentally stimulate the patients? That’s all I can think about when I read about Biden playing video games.


Sent from my iPhone using Tapatalk
Click to expand...
Has he played a round of golf yet?

EXTREME BDS you've got there.
G


Sent from my iPhone using Tapatalk
Click to expand...
They left out the part where he puts a log on the fire and calls his wife by the wrong name.

Well at least he isn’t a Ripest and sexual deviant like his predecessor.


Sent from my iPhone using Tapatalk
Click to expand...
I'm actually inspired by this administration. In fact, my next fitness goal is to run a 4.5-second 40 as soon as possible. In the meantime, I'm looking at a 10-second 30 by the end of the summer.
You must log in or register to reply here.
Share: Facebook Twitter Google+ Reddit Pinterest Tumblr WhatsApp Email Link