This story started out as a slightly different project, but here we are.

With the Olympics coming up, I thought I’d take a look at OSU’s first Olympic wrestler, Guy Lookabaugh. As I started to dig in and research, I found there was a family legacy that might be one of the most storied and least talked about when it comes to Oklahoma State.

We’ve all heard of the Smiths, the Woods, the Rosholts, the Suttons, the Hollidays, and other well known family legacies in OSU Athletics. The Lookabaughs may have been the first family to set that tone and trend in Stillwater.

In 1917 Guy Lookabaugh enrolled at OSU where he first started out playing football. He enlisted in the Army for WW1 then returned to Oklahoma State. 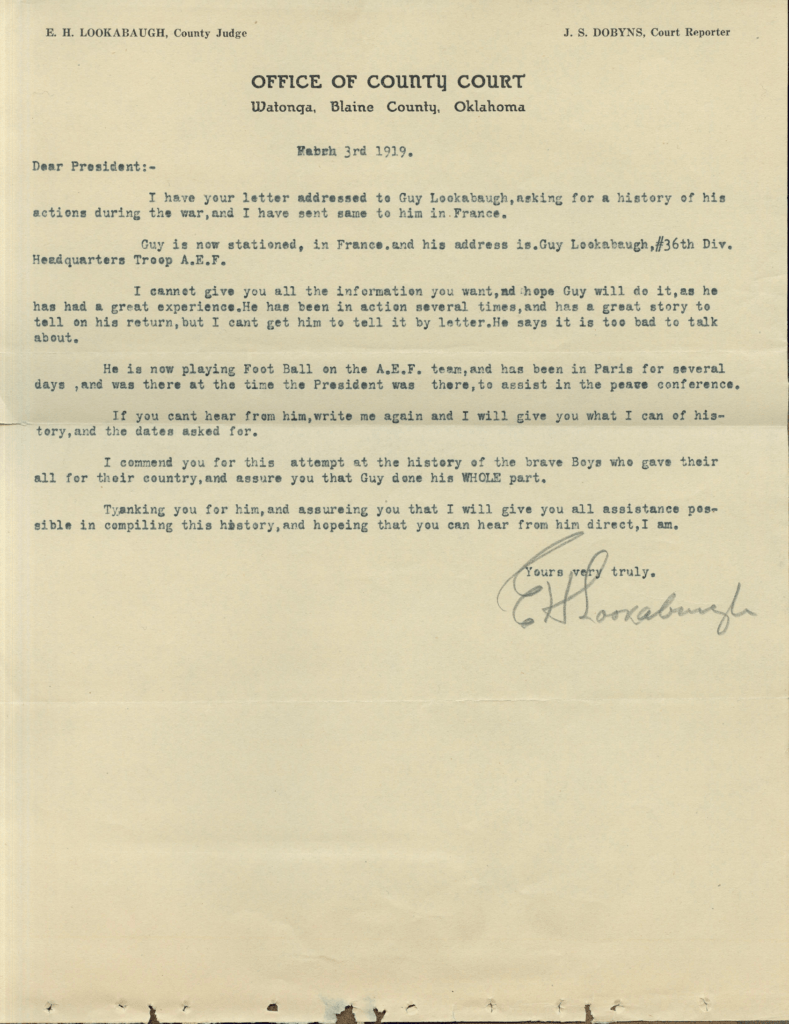 Upon his return, Lookabaugh became a two-sport star continuing to play football and also competing for Ed Gallagher’s wrestling team. Known as the “First Superstar of Oklahoma State Athletics,” according to the National Wrestling Hall of Fame.


Distinguished Member Guy Lookabaugh was born on this date in 1896.

As the first superstar of @OSUAthletics, "Ducky" never lost a match for @CowboyWrestling and helped establish a wrestling dynasty.

READ more about Guy, who passed away in 1981 -> https://t.co/Kh0zYwgqzp pic.twitter.com/WiEyqqa9zo

— NWHOF (@NWHOF) May 26, 2020​
Lookabaugh wrestled in a time before the NCAA Tournament, which did not start until 1928, but he never lost a match during his time in college and won conference championships in the Western, Southwest and Missouri-Valley Conferences, according to the National Wrestling Hall of Fame. In 1924 he reached the finals of the Olympics in Paris before losing a controversial split decision.

As a multiple time conference champion, an Olympian and Hall of Famer, Guy Lookabaugh is a certified legend when it comes to Oklahoma State athletics, but Jim Lookabaugh, who is his listed here as his brother (but may actually be a cousin?) shares a similar status in OSU athletics noire. 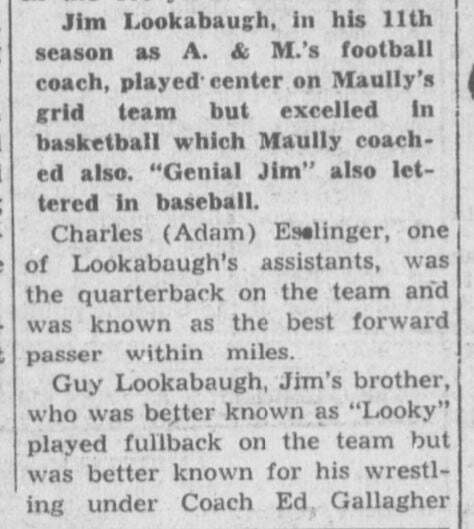 Clip From the Daily O’Collegian-1949 mentioning Guy and Jim Lookabaugh as brothers.

Jim played basketball and football for OSU and, along with Guy, was on the 1924 team that beat OU for just the second time in program history. Jim’s success as an athlete was arguably more prominent on the basketball court than the football field. He was All-Southwest Conference in 1925 and a part of OSU’s first conference championship team in that same year.

His most well known successes came later as a coach on the football field. Jim led the football program from 1939-49. In 1944-45 he led OSU to their first bowl game and subsequently to their first bowl win as they won the Cotton Bowl 34-0 over TCU. OSU’s often maligned “National Championship” the next season also came under Lookabaugh as he led A&M to a 9-0 season and Sugar Bowl victory.

The Lookabaugh family history extends beyond Jim and Guy. John Lookabaugh was the brother of Jim Lookabaugh. He played football and basketball and was a part of the 1925 conference championship alongside Jim. John was a four-year letterman for the basketball team, according to the OSU Basketball media guide. 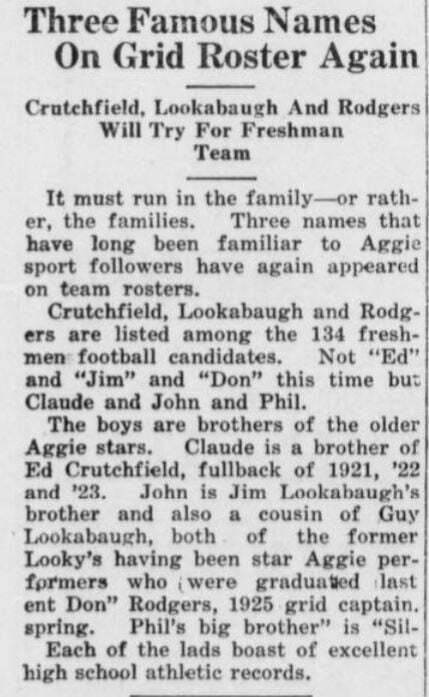 September 1925 article from the O’Colly

Here’s where the gray area exists on the family relationship, as the article indicates John and Jim are brothers and John is a cousin of Guy. Which if the case would of course mean that Jim and Guy are of course not brothers.

Regardless, the family boasts an Olympic wrestler who never lost a match in college, an All-Conference basketball star who was also arguably Oklahoma State’s greatest football coach ever, and another four-year letter winner in their younger brother/cousin. Across multiple sports, it would be difficult to find a stronger family legacy in Oklahoma State history

The post The Lookabaugh Family Legacy Might Be the Most Prominent in OSU Athletics History appeared first on Pistols Firing.