Oklahoma State is going a little outside of the box with this season’s striping of Boone Pickens Stadium.

OSU Athletics announced the plan Wednesday to horizontally stripe Boone Pickens Stadium instead of the traditional vertical stripes when the Cowboys host Arizona State on Sept. 10, OSU’s second game of the season. People in the lower bowl are asked to wear orange, the middle will wear white, the upper will wear black and those in the box seats are also asked to wear orange. 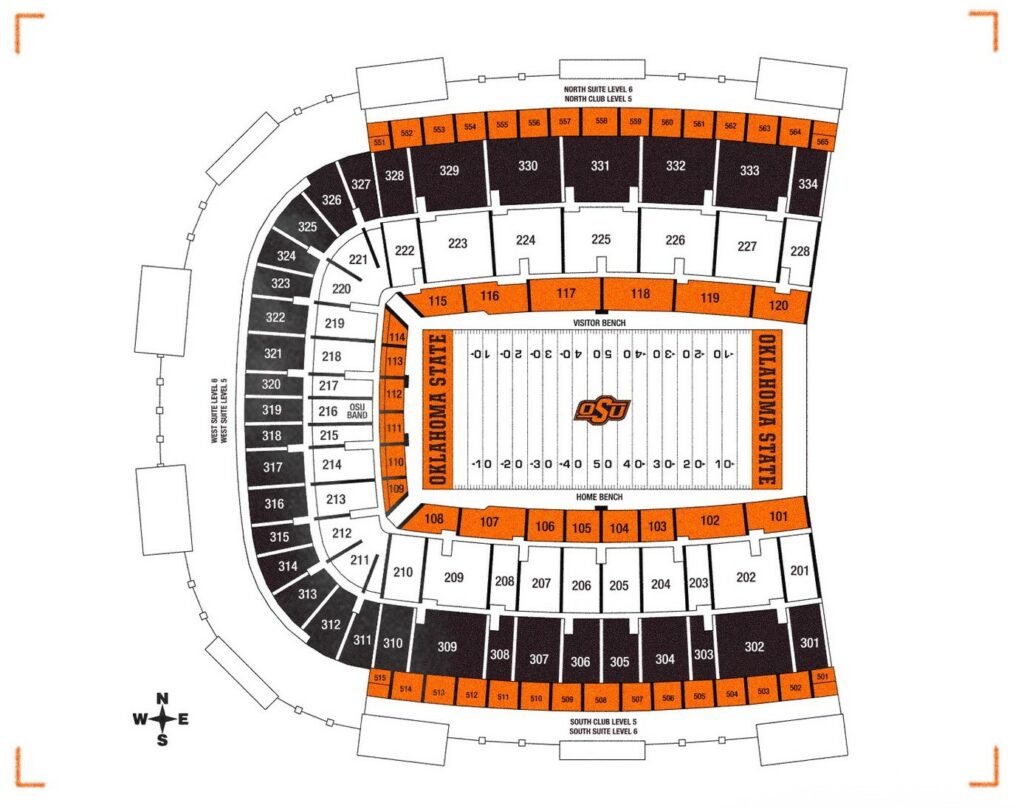 OSU has organized a few different crowd looks over the years. Last year OSU did a blackout against TCU, a game where OSU throttled the Horned Frogs 63-17. BPS was striped more traditionally in 2018 for the Pokes’ game against Boise State, a game OSU won 44-21. 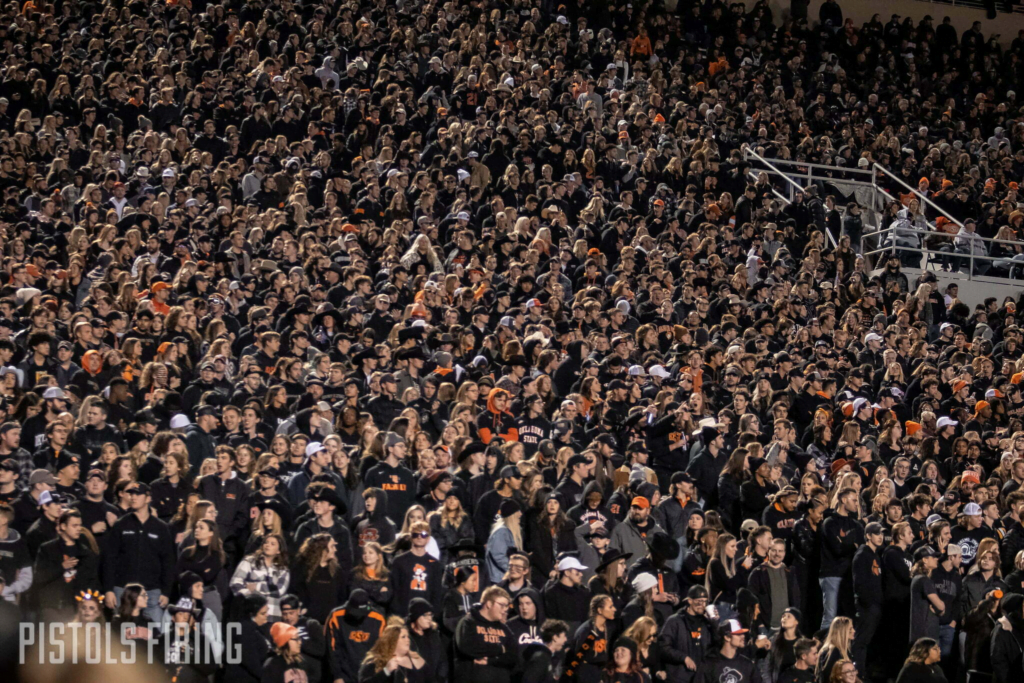 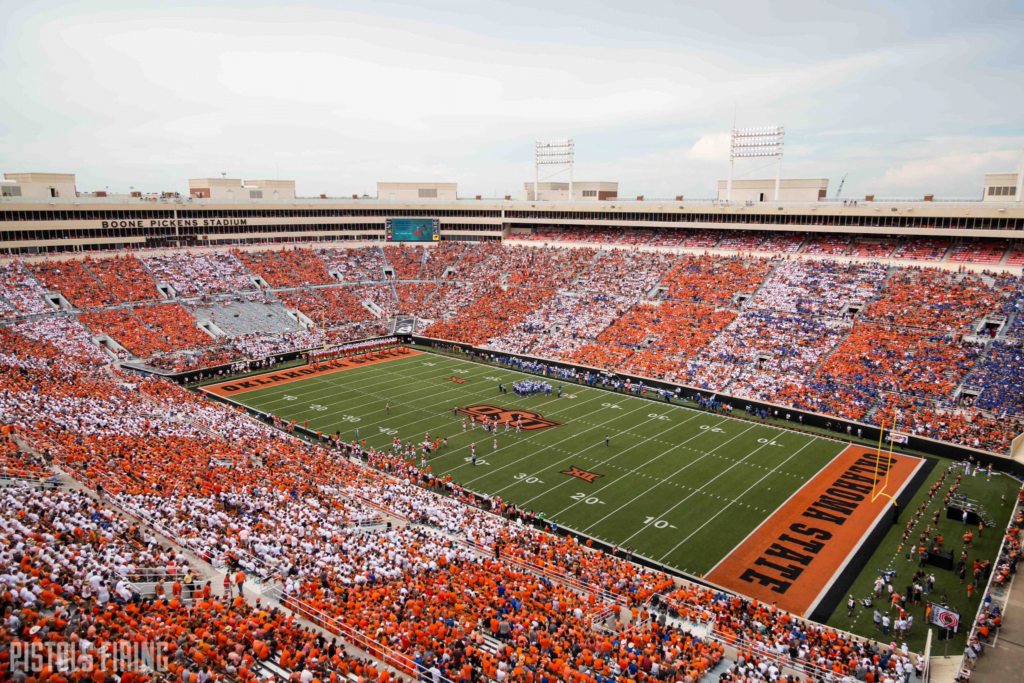 The striped look when OSU faced Boise State in 2018.

But the stadium being striped isn’t the only thing happening around that game. Former OSU running back Terry Miller is going to be honored for making the College Football Hall of Fame. Miller ran for 4,754 yards and 49 touchdowns in his Cowboy career (1974-77) before being the fifth overall pick in the 1978 NFL Draft.