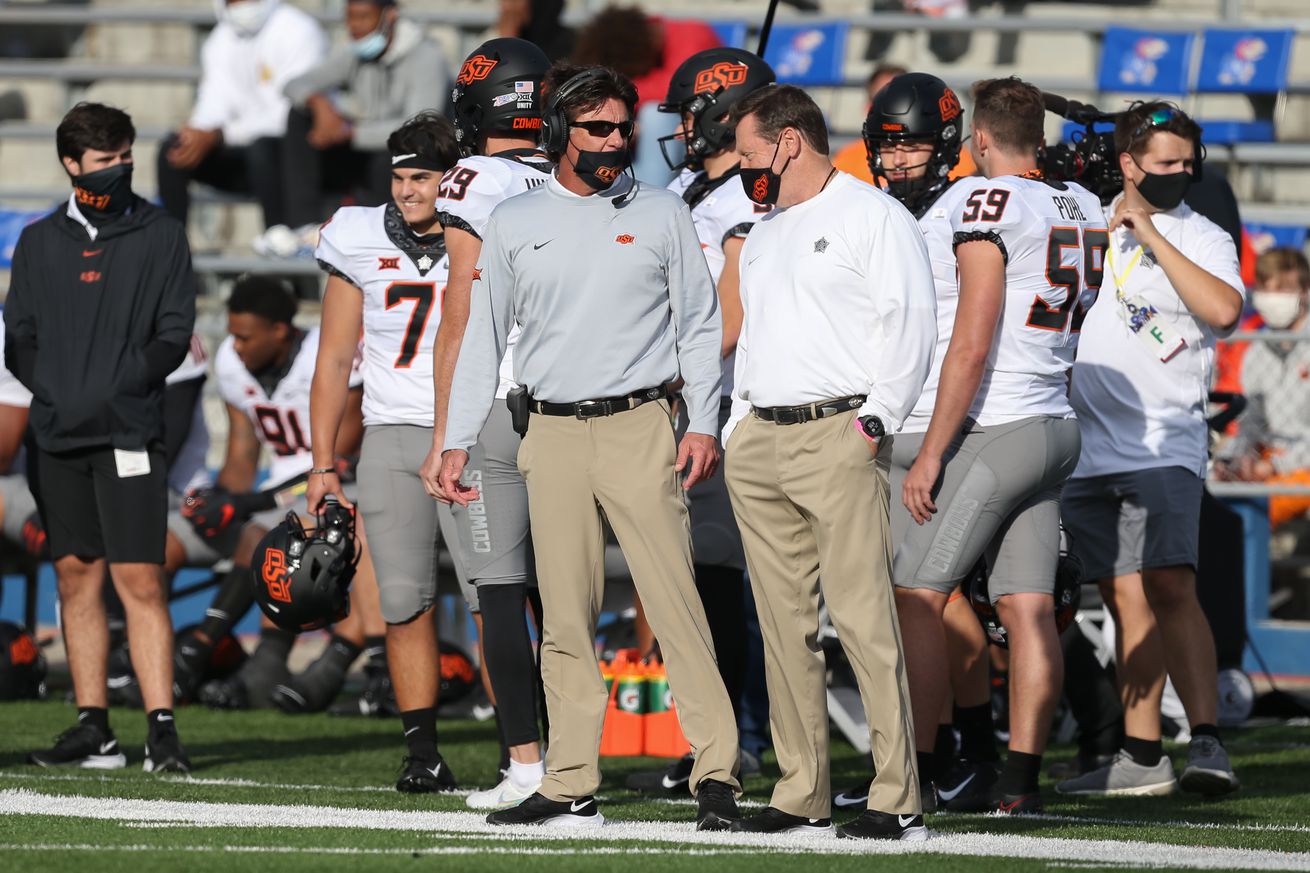 Photo by Scott Winters/Icon Sportswire via Getty Images
OSU dropped from five to zero active cases among all sports since last week.

It’s an improvement from last week when OSU reported five active cases, including three from the No. 6-ranked football team and two others among non-fall sports. It was the most for the football team since the season started.

OSU had two straight bye weeks after a COVID-19 increase among the Baylor football program postponed the Cowboys’ Oct. 17 game in Waco, Texas. The Cowboys are scheduled to host No. 17 Iowa State at 2:30 p.m. Saturday at Boone Pickens Stadium in Stillwater. The game will be televised on FOX.

The Cowgirls soccer team, which has lost two straight, will host Texas at 6 p.m. Friday at Neal Patterson Stadium. The game will be on ESPNU.

All other sports active cases: 0