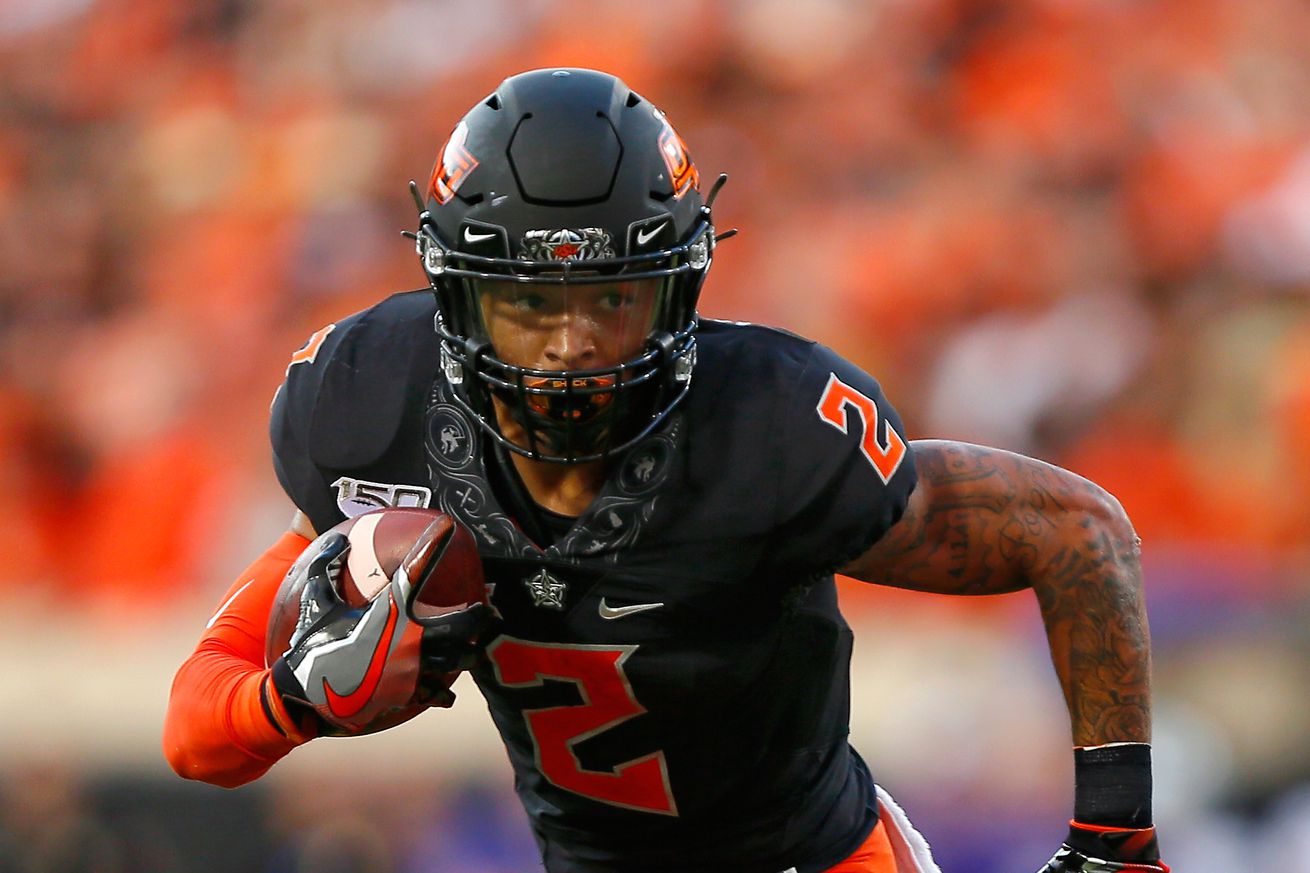 Tylan Wallace is back on the football field.

The Oklahoma State senior wide receiver practiced with the team Wednesday when the Cowboys opened fall camp in Stillwater.

It was the first time he had practiced since he torn his ACL on Oct. 30, 2019. He was rehabbing during the Cowboys’ spring practice period, and continued to do so at home when the spring semester went online due to health concerns surrounding the coronavirus pandemic.

Wallace caught 53 passes for 903 yards, including four 100-yard games, and eight touchdowns in eight games before his injury. He ranks sixth in program history with 2,512 receiving yards and is tied for sixth with 20 receiving touchdowns. He has 11 games with 100 or more receiving yards in the past two seasons.

“He moved around well today,” said Dunn, who was elevated to OC from wide receivers coach in January. “We’re getting him out there and trying to protect him as much as we possibly can and just get him confident again on that leg and that knee. But after practice, it looks and sounds like he felt pretty good.

“So, very encouraging there. I’m excited, obviously, to get Tylan back.”