CRFF - Know Your Enemy: Q&A with Building the Dam 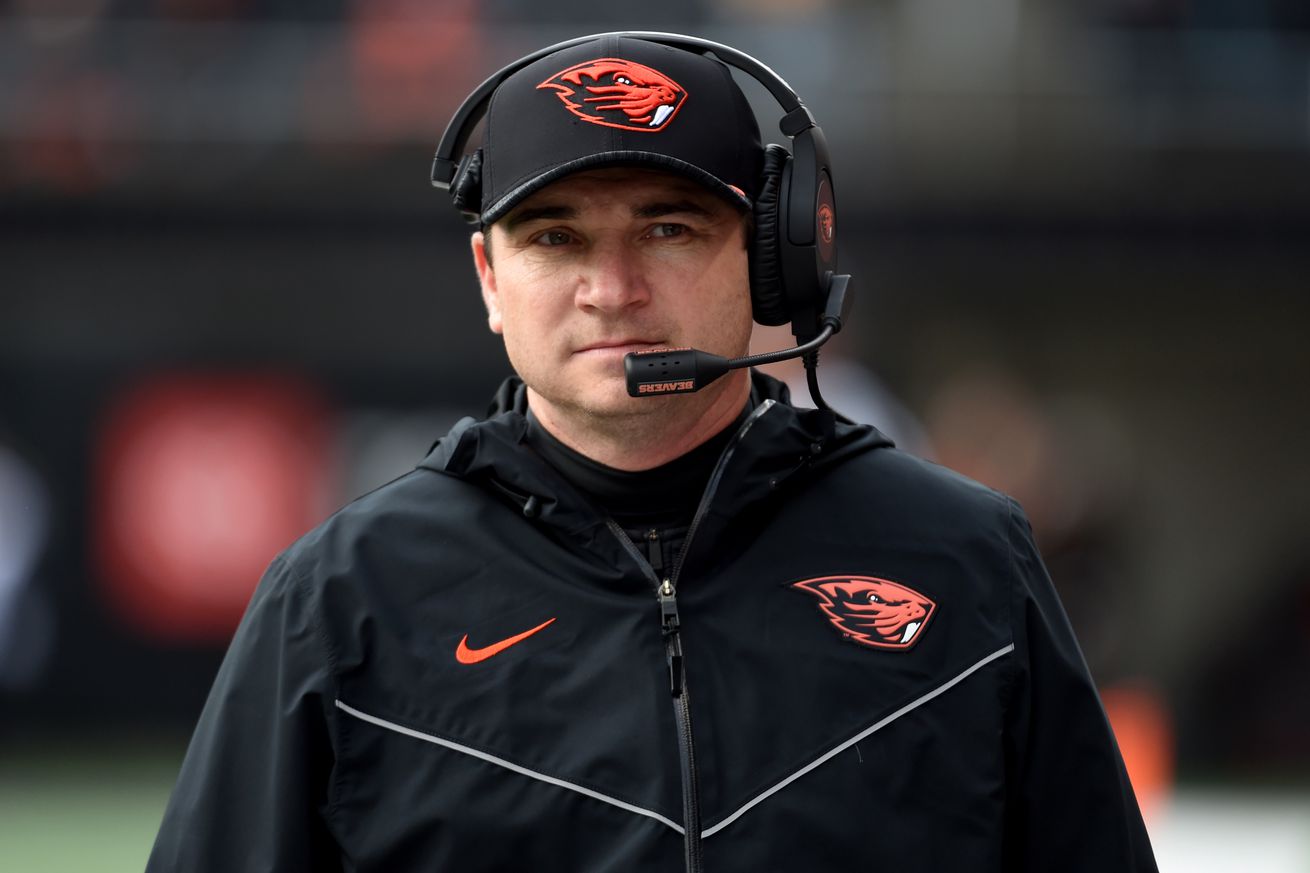 Photo by Steve Dykes/Getty Images
Travis Johannes provides some insight into the Beavers before the season opener.

With Oklahoma State set to open the season against Oregon State on Friday, Micah Allen reached out to Travis Johannes of Building the Dam, SB Nation’s Oregon State site, to give some insider information into the Cowboys’ first opponent of 2019.

MA: Oklahoma State rolls into Corvallis on Friday as the favorite. What do you think Oregon State does well that could help them pull off the possible upset in their home opener?

TJ: If the Beavs are to pull an upset it will likely be on the back of Jermar Jefferson. He put up great rushing numbers as a true freshman last season, and the (offensive) line should be improved with a second year under this coaching staff. They’ll likely have to bleed the clock and keep the Cowboys off the field if they have any chance at victory.

MA: To put it nicely Oregon State’s defense is not great, or at least it wasn’t last year. Have you seen anything out of camp that makes you think there will be some improvement?

TJ: Not great is actually a compliment concerning last year’s defense. I refer to them as God-awful and atrocious. That being said, I honestly don’t think they can be any worse this year. They should actually be quite improved with a ton of transfers (both JUCO and the portal) and a few key guys that missed last season due to injury. While I still expect a below average defense it should be greatly improved.

MA: What’s the mood of the Oregon State fan base headed into the season and how do you think that impacts Friday’s game?

TJ: That’s a dam good question (I see what you did there) and I can’t really put my finger on it. I think most the fan base still has low expectations for this season, but are hopeful for signs of growth. Unfortunately, I don’t expect a raucous crowd at Reser Stadium on Friday, so the home field advantage may not be that strong.

MA: What are some Oregon State players Oklahoma State fans need to know about before the game?

TJ: I already mentioned running back Jermar Jefferson, so I will throw in wide receiver Isaiah Hodgins on the offense. He was a four-star recruit who broke out last year when Jake Luton was lined up at QB. Hodgins is a legit receiver who I expect to be playing on Sundays in a year or two. On the defensive side I am going to go with Addison Gumbs. Your fans may be familiar with him because of his freshman year with the Sooners. He was expected to start for them last season before tearing his ACL and transferring to Oregon State. He will hopefully give the Beavs a pass rush that they have severely lacked in recent seasons.

MA: For people going to the game during the long weekend, what are some local spots people need to try?

TJ: I will be banned from the city of Corvallis if I don’t suggest Local Boyz. I would also hit up Block 15 brewery and wise cracks cafe (formerly Broken Yolk) for breakfast. If your looking for a quick bite before the game my best friend and I always hit up the Beaver Hut for some burgers on our walk to the stadium.