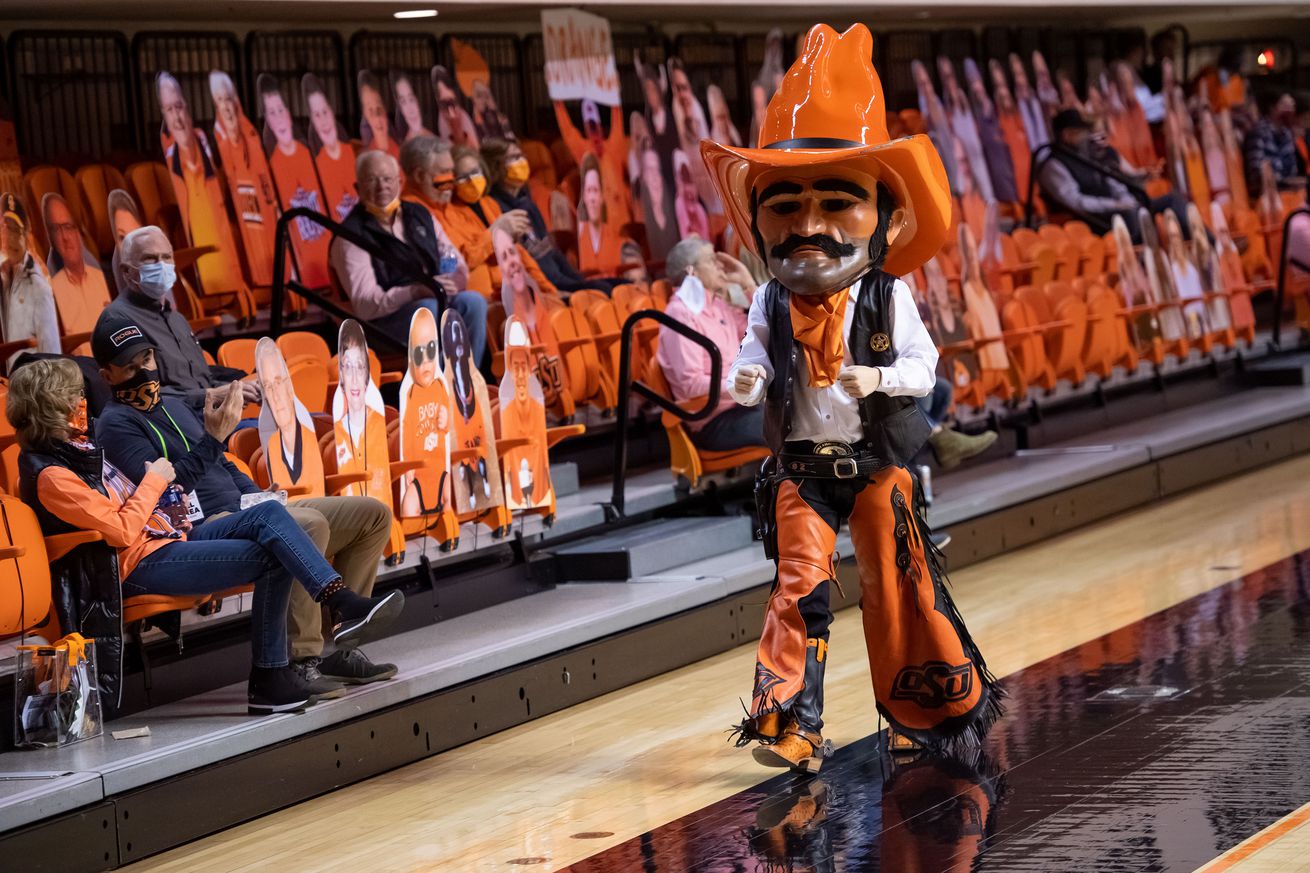 Welcome to High Noon Highlights, a place to catch up on everything you missed in Oklahoma State Athletics and beyond!

It was announced this morning that the Oklahoma State Basketball game against the Sooners has a new date. It will be played on February 25th.


The Cowboys have not played the Sooners yet this season but are currently 9-3 and trending upwards after beating No. 6 ranked Kansas. They will face No. 3 ranked Baylor on CBS on Saturday at 1 p.m.

Oklahoma is 8-4 to this point and will face Kansas on Saturday. This will be a good game to compare how the Cowboys may fare in the newly rescheduled bout with the Sooners. {Pokes Report}
​
More on the story of Dee Mitchell:


"My is so full right now. I couldn't be more proud of Dee."

— OSU Cowboy Basketball (@OSUMBB) January 21, 2021​
Mitchell’s work ethic is unlike anything I have ever seen. As Morrey talks about in the piece, Dee is working 40 hours a week, plus taking 20 hours a week of classes. Oh, and ya know playing basketball at the Division 1 level. Mitchell’s story is incredibly inspiring. It's one of the best stories of the season in my opinion.

Dick Vitale is on Oklahoma State’s side:

College Basketball announcing legend Dick Vitale has had no issues making it know how he feels about the way the NCAA has treated the basketball program. He said his latest thought on Sirus XM radio.


It's been 8 months since @OSUMBB started their appeal with the NCAA for a 1 year postseason ban.

College basketball legend, @DickieV, explained to @arisports & @archerqb16 why he is on the side of Oklahoma State basketball and why the NCAA is taking so long to make a decision. pic.twitter.com/gkJ4K6qRdw

— College Sports on SiriusXM (@SXMCollege) January 22, 2021​
“I think it’s a joke that they banned those kids from playing in the tournament,” Vitale said. “Those kids did nothing, coach Boynton did nothing. They penalized the right people. They Penalized Lamont Evans because he was involved in some money taking, etc, all that jazz.”

Vitale makes a lot of excellent points here. The amount of time that it takes them to get these sorts of cases settled is not okay. It makes it the burden of whoever ends up taking over the program. Which is not right.

The Big 12 in D1Softball preseason poll

TCU Basketball in need of a spark