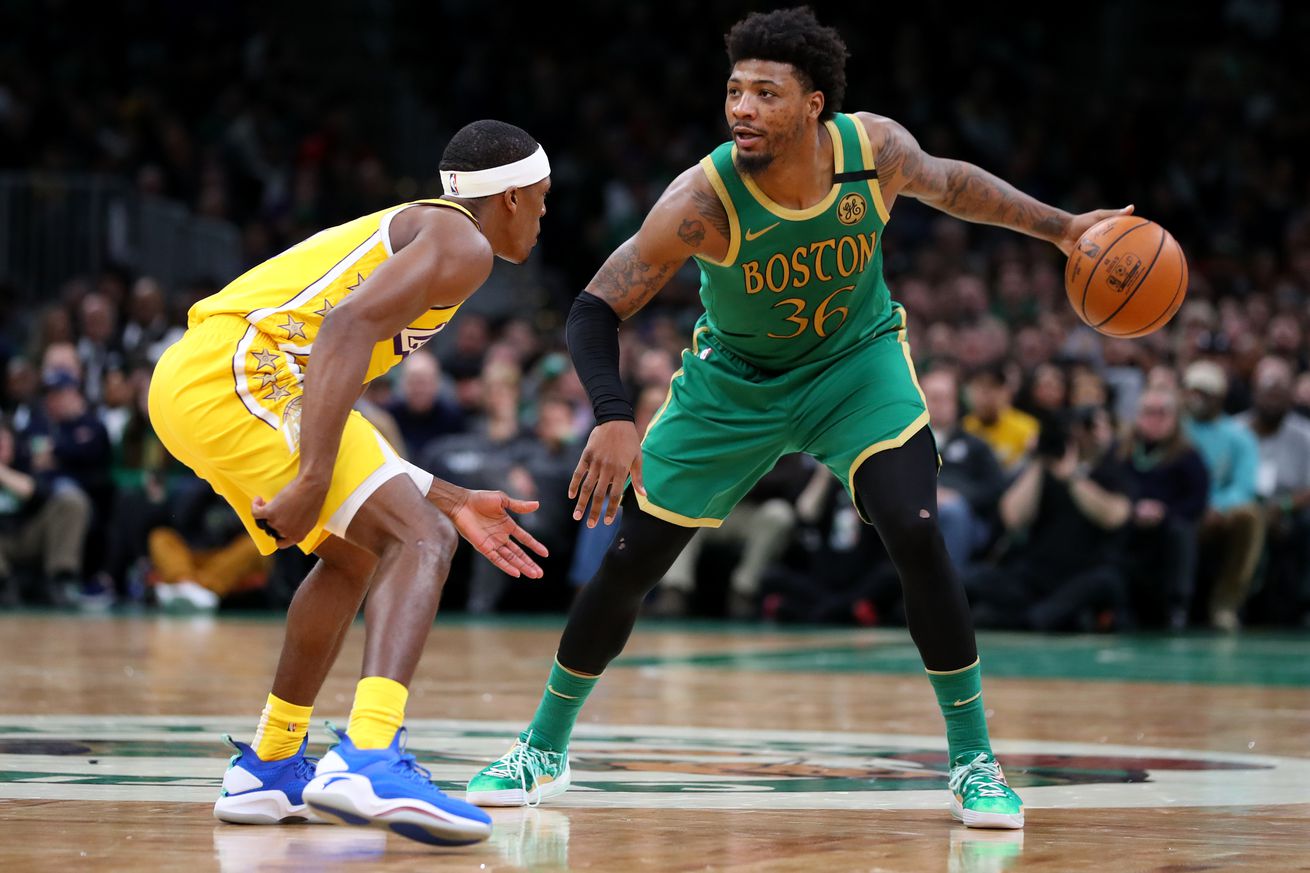 Photo by Maddie Meyer/Getty Images
Welcome to High Noon Highlights, a place to catch up on everything you missed in Oklahoma State Athletics and beyond.

Marcus Smart did that:

In last night’s 139-107 win against the LA Lakers, former Oklahoma State Cowboys Marcus Smart completed one of the most beautiful passes I’ve ever seen. This pass ends in Enes Kanter being able to score two. Just look at the control he has being able to get the ball to Kanter through traffic.


Are you kidding me Marcus??? pic.twitter.com/q3pCdV4LP4

With some exciting new additions to coaching staff, a new stadium coming and more the Cowboys have gotten quite a bit of preseason hype. The latest is from Baseball America. They placed the Cowboys at No.16.


With three of its four starting pitching spots projected to go to freshmen, Oklahoma State will have one of the youngest rotations in college baseball, but that group’s upside is high enough that it’s not out of the question that they could pitch the Cowboys to Omaha.{Baseball America}
​
This team has the pitching staff to make a run in the post season, we’ll have to see how it plays out on the diamond though.

Johnny Wilson and Mike Scott headed to the Hula Bowl:

Defensive end Mike Scott and center Johnny Wilson have both accepted invitations to attend the Hula Bowl where they’ll be able to showcase their talents in front of scouts.


According to the bowl’s website, scouts from the NFL, CFL, XFL and Arena Football will be in attendance, and players will also benefit from a pair of former NFL head coaches in Rex Ryan and Mike Smith. The official rosters are yet to be set but will “include NCAA college football players from all divisions, along with international players from Japan, Canada, Australia, and the UK.”

The Hula Bowl will take place on Sunday, Jan. 26 at 9:30 p.m. CST at Aloha Stadium in Honolulu, Hawaii and will be televised on the CBS Sports Network.{PFB}
​
Around the Big 12:

New episode of the Ten12 Podcast