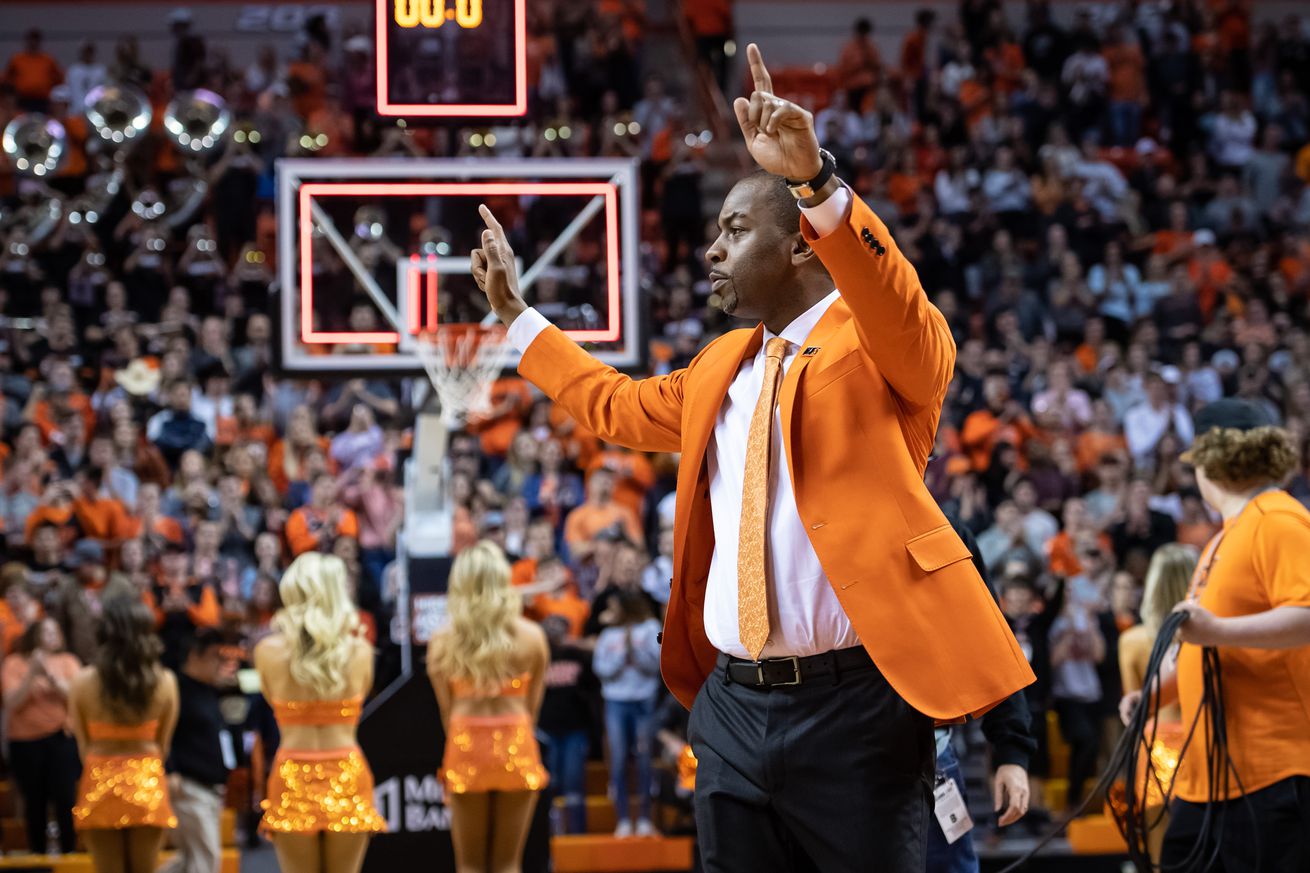 The Cowboys get their second Bedlam win in 3 days

It didn’t take overtime the second go around for the Cowboys to get a win against the No.16 Oklahoma Sooners, winning part 2 79-75 Monday night.

While Cade Cunningham was kept much more in check in their second game, the freshman was still able to make a good showing in his last game in Gallagher-Iba Arena with 15 points, 4 assists, and 7 rebounds. This was after not scoring a field goal the entire first half. In addition, it was Cunningham that sunk two free throws that sealed the game for Oklahoma State. He had a game from the charity stripe going 9 for 10. While it wasn’t his 40 point game from Saturday, he was what his team needed tonight.

“Cade just takes the pressure off the rest of us,” Oklahoma State guard Bryce Williams said. “He’s got so much pressure on him, but it’s not really pressure to him. He can handle the situation. But he’s got a team behind him that can back him up every day.” {O’Colly}

Brady Manek was much more effective for the Sooners than he was on Saturday scoring a team-leading 20 points, as well as 9 rebounds and 4 assists. Getting himself out of a slump that he’s been in. Austin Reaves would prove to be a nuisance for the Cowboys as well after starting a bit quiet on his way to 19 points. He went 3 for 6 at the three-point line.


They keep showing the Austin Reaves missed dunk over and over in Gallagher-Iba Arena. #OKState #Sooners


Kalib Boone was the leading scorer for the Cowboys with 17 points. He would also contribute big at the boards with 9 total rebounds. Avery Anderson and Bryce Williams would also finish the game with double-digit points with 11 and 14 points respectively.

Williams with this circus shot:

— OSU Cowboy Basketball (@OSUMBB) March 2, 2021​
Kalib’s twin brother Keylan quietly had himself a game going a perfect 3-3 from the field and hitting a 3-point shot.

Overall the Cowboys would shot 52.9% with a 35.7 three-point percentage.

What if I told you that was without Issac Likekele? He was still recovering from a hand injury from the Texas Tech game.

LOOK AT CHRIS HARRIS WITH THE MOVES: