PFB - The No. 1 Player in Every Oklahoma State Recruiting Class

When I was going through past recruiting classes to figure out where new transfer portal entrant Grayson Boomer fit in, I thought it might be interesting to compile a list of the No. 1 players in each OSU class in the Gundy era.

Boomer was the top guy in 2019, but we’ll do all 16 classes, including the one that’s about to be signed, with a few notes and thoughts at the bottom.

*Tyreek was the No. 3 JUCO guy that year but also OSU’s highest-rated player in the class. No. 2? Gyasi Akem at No. 214 nationally.

**McBean was the No. 4 JUCO guy that year but also OSU’ highest-rated player in the class. No. 2? Jeremy Broadway at No. 352 nationally.

• Spencer Sanders was also in the 2018 class and ranked just behind Moore for those of you wondering. Nationally, he ranked ahead of guys like Boomer and Illingworth.

• Should be noted that was the infamous Tramonda Moore year. He was a top-125 guy, but that obviously never panned out.

• That 2014 class was a whirlwind. Tyreek and Devon Thomas at the top, followed by Akem, Rudolph and Washington. Corn got a big NA in that class.

• Remember Ra’Shaad Samples? Superstar. OSU had a lot of pros in that 2013 class — Tre Flowers, Vincent Taylor, Marcell Ateman. Samples outranked them all.

• It’s interesting that so few of OSU’s No. 1 guys have made it, while so many of the guys behind the No. 1 guys have. Happened again in 2012 with Emmanuel Ogbah and Kevin Peterson behind Michael Wilson. Also in 2010 with Gilbert and Randle behind Lewis. Maybe that’s more common than I think.

• A theory: Gundy has gotten burned by top guys (Sims, Thomas, Pratt etc.) so often that he just puts everybody who’s a four- and five-star into that bucket but shrouds it with funny phrases like “so and so never says a word.”

• A fun game is Googling the names of former recruits and getting this. 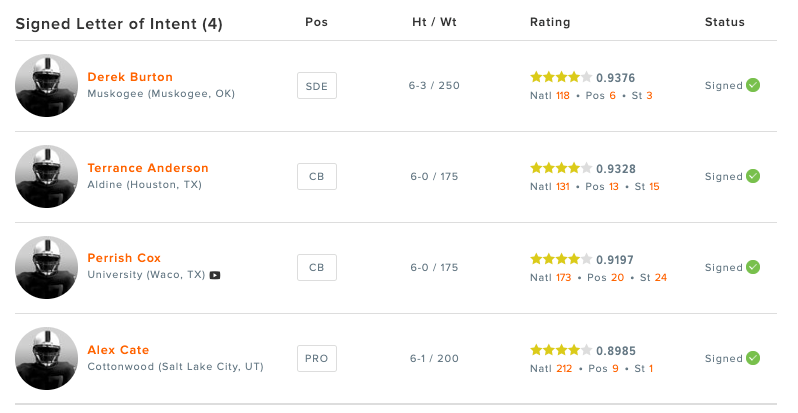 • If you want to know why we complain about all of this and talk about how it’s an effort and energy thing when it comes to Gundy and recruiting, here’s some evidence: In Gundy’s first class in the transition year from Miles to Gundy, he signed five top-500 guys. This past class (2019), he signed four.

• Here are the top 10 recruits in OSU history. 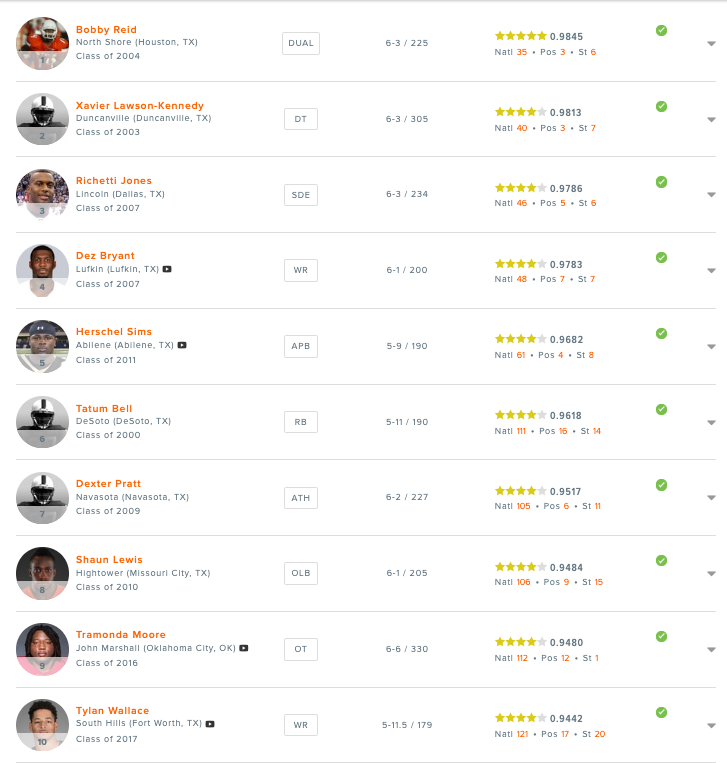 The post The No. 1 Player in Every Oklahoma State Recruiting Class appeared first on Pistols Firing.