• Right off the bat, Spencer’s foot is addressed. They air footage of the doctors cutting off a cast. Sanders expresses frustration with the fact that it happened on the first drive of the season. 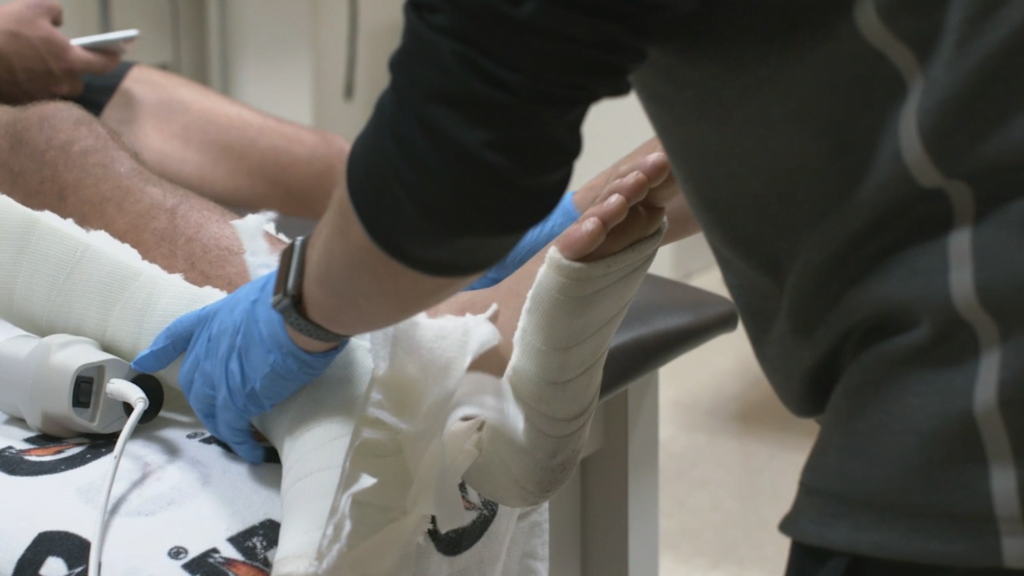 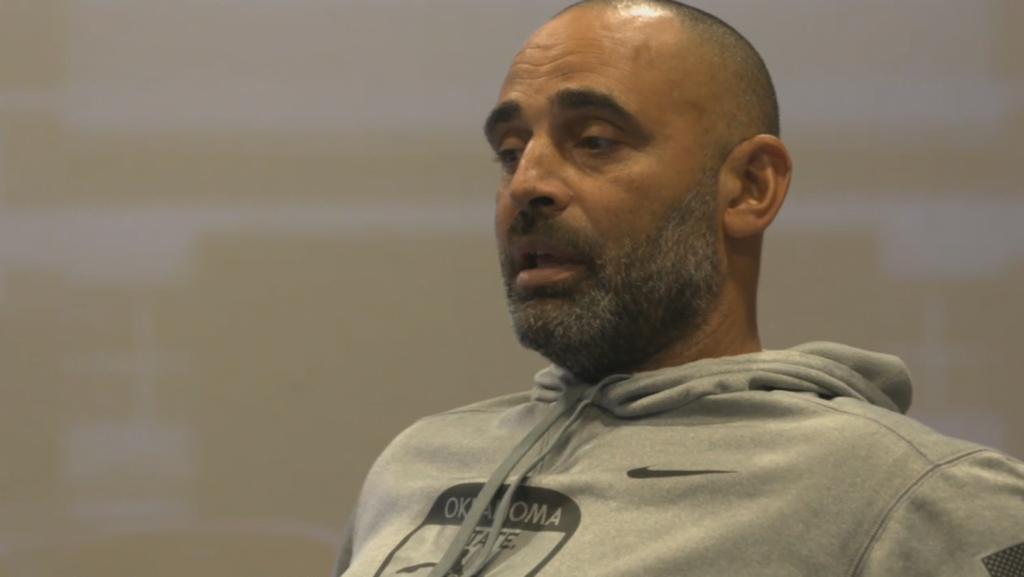 • Can Josh Sills get infinity eligibility? Plz? This man was made to be an OSU player for Mike Gundy. It was his destiny. 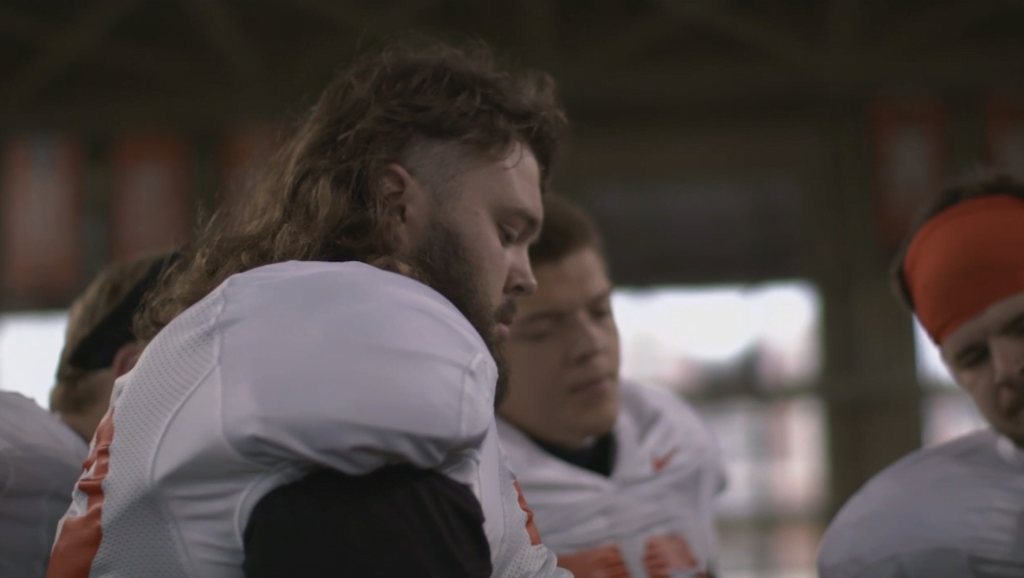 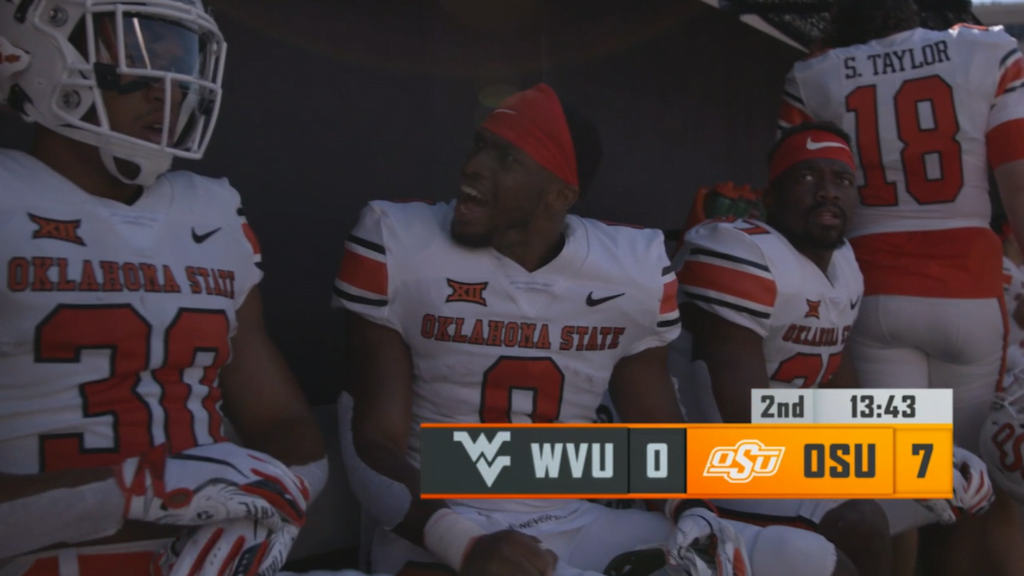 • Holy smokes the coaching box was hot fire flames when Trace Ford stripped the ball and Tyren Irby took it the distance. One of the assistant coaches just squealed as Jim Knowles nervously looked on. 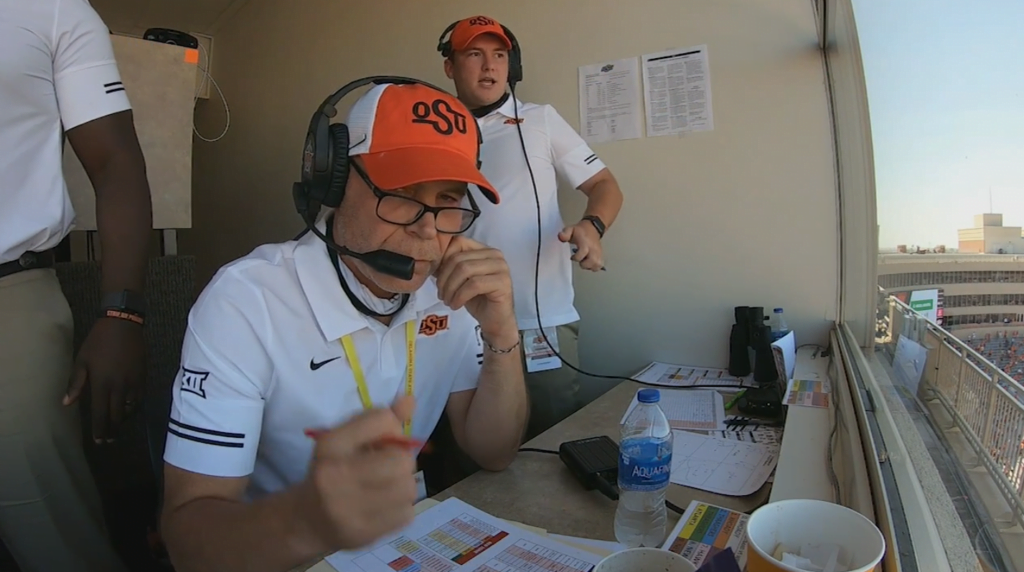 • Pretty hilarious to watch Mike Gundy working the sidelines. He gets paid more than anyone at OSU, and he’s the one trying to round up players like his cattle so he can make sure players who are playing are out of the sun and in the shade. Just underscores how intimately involved he is in every facet of the program, which is cool.

• When you tell your freshman QB to run it and he passes it instead. 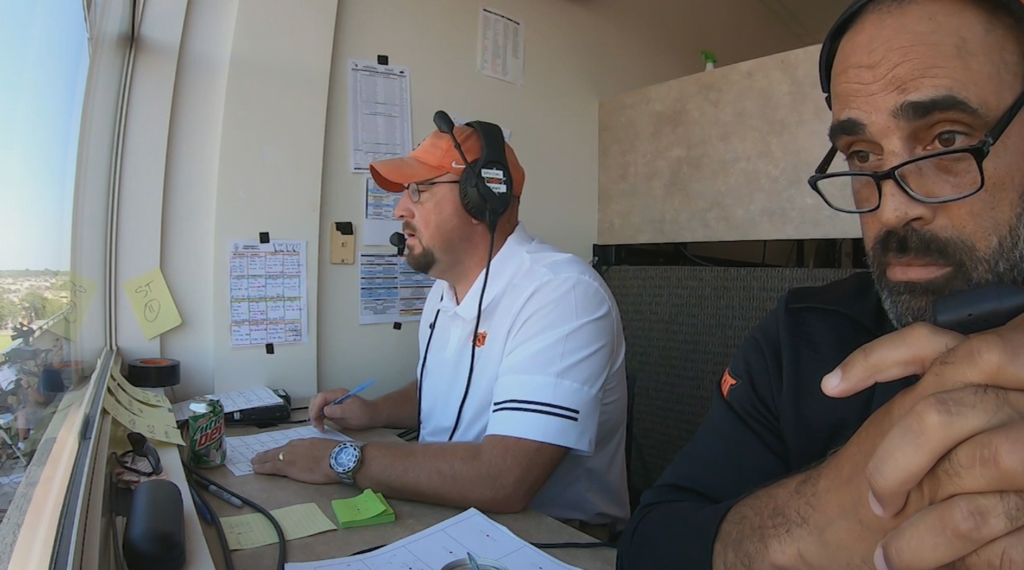 • When you have your guys in position but they give up a boom play for a score. “WHAT HAPPENED?!” Knowles asks. “IT LOOKS LIKE THEY WERE PLAYING ZONE COVERAGE.” 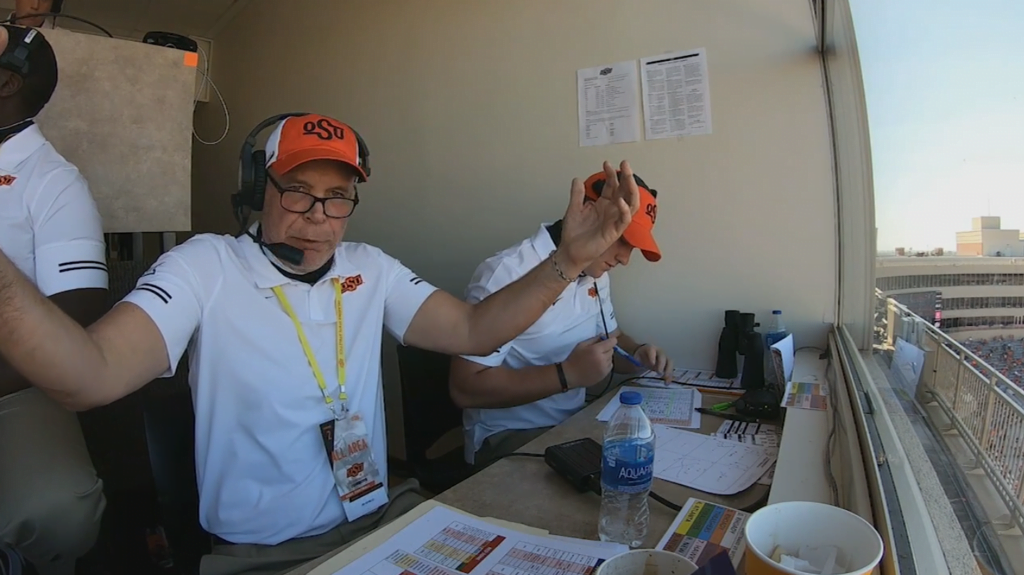 Gundy after the score with a somber: “Are you kidding me, man?”

• Hot day at BPS was wild to watch behind the scenes. Gundy shows a ton of concern about his players being too hot, in constant communication with training staff about that concern. Training staff prepped some IV’s for halftime just in case. (Devin Harper cramped up and got an IV at half, so it’s a good thing they were aware.)

• Post Illingworth-INT, Gundy with a command up to the booth: “Run the ball and throw it sideways, please.”

• Gundy with another sideline order to the booth, after Chuba put the ball on the field: “Put number zero (LD Brown) in the game. Why is 0 not in the game?”

• Get you someone who shows as much enthusiasm about 17-play drive the way Kasey Dunn does. Holy smokes. It’s like someone dropped him a million dollars on his front porch. 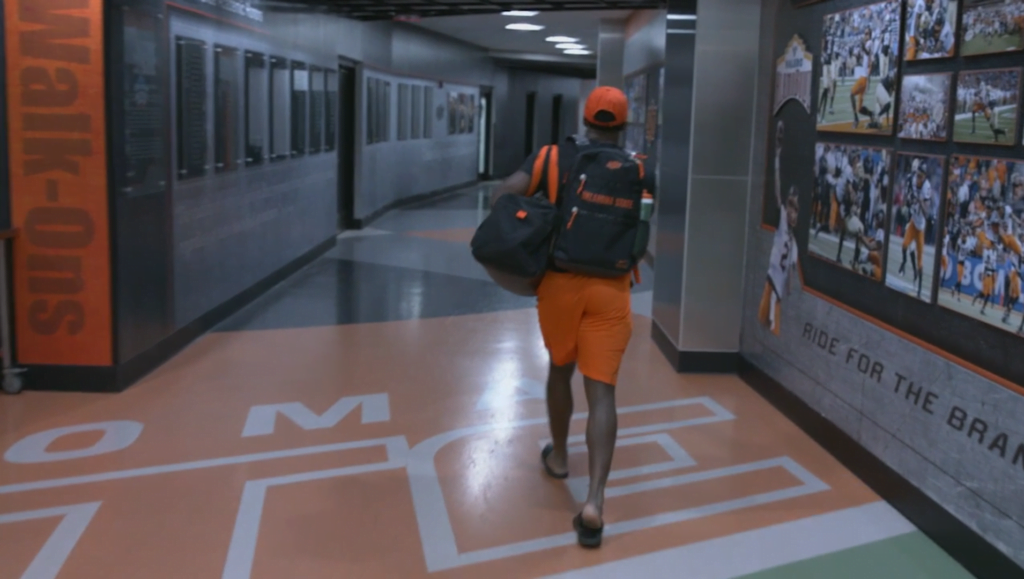 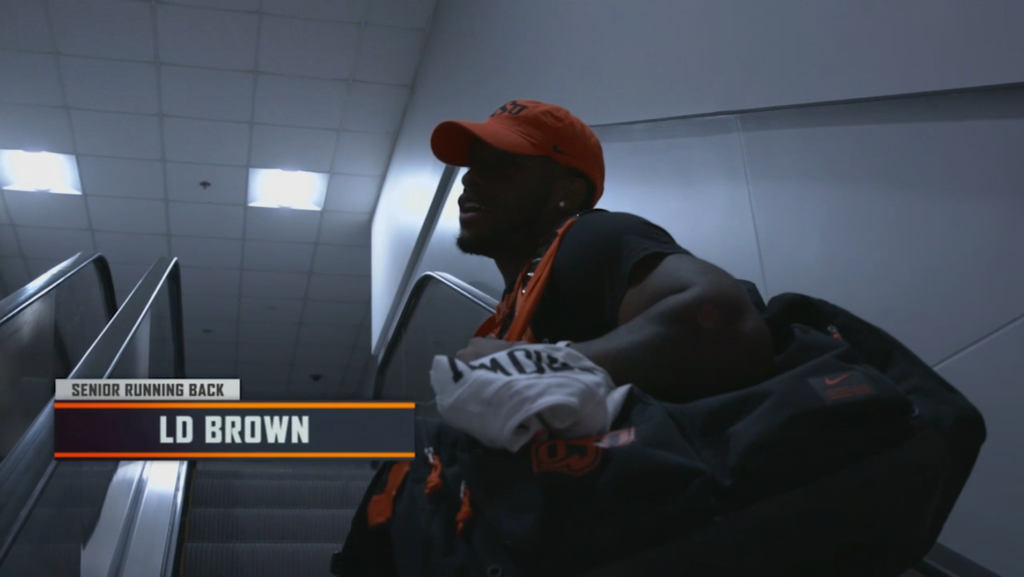 • Amen, Bundage and Rodarius munching at the best restaurant in Oklahoma. You love to see it. 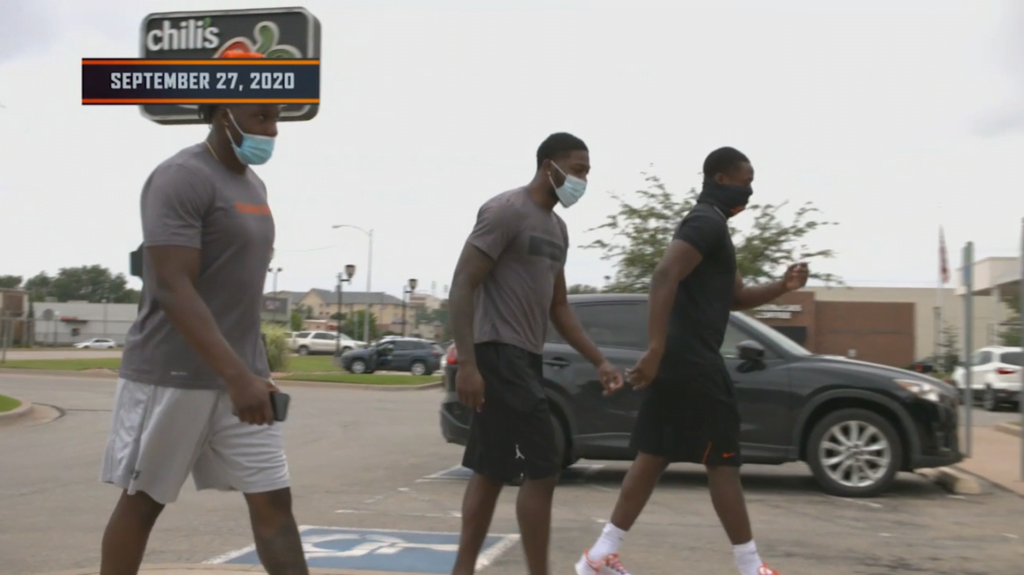