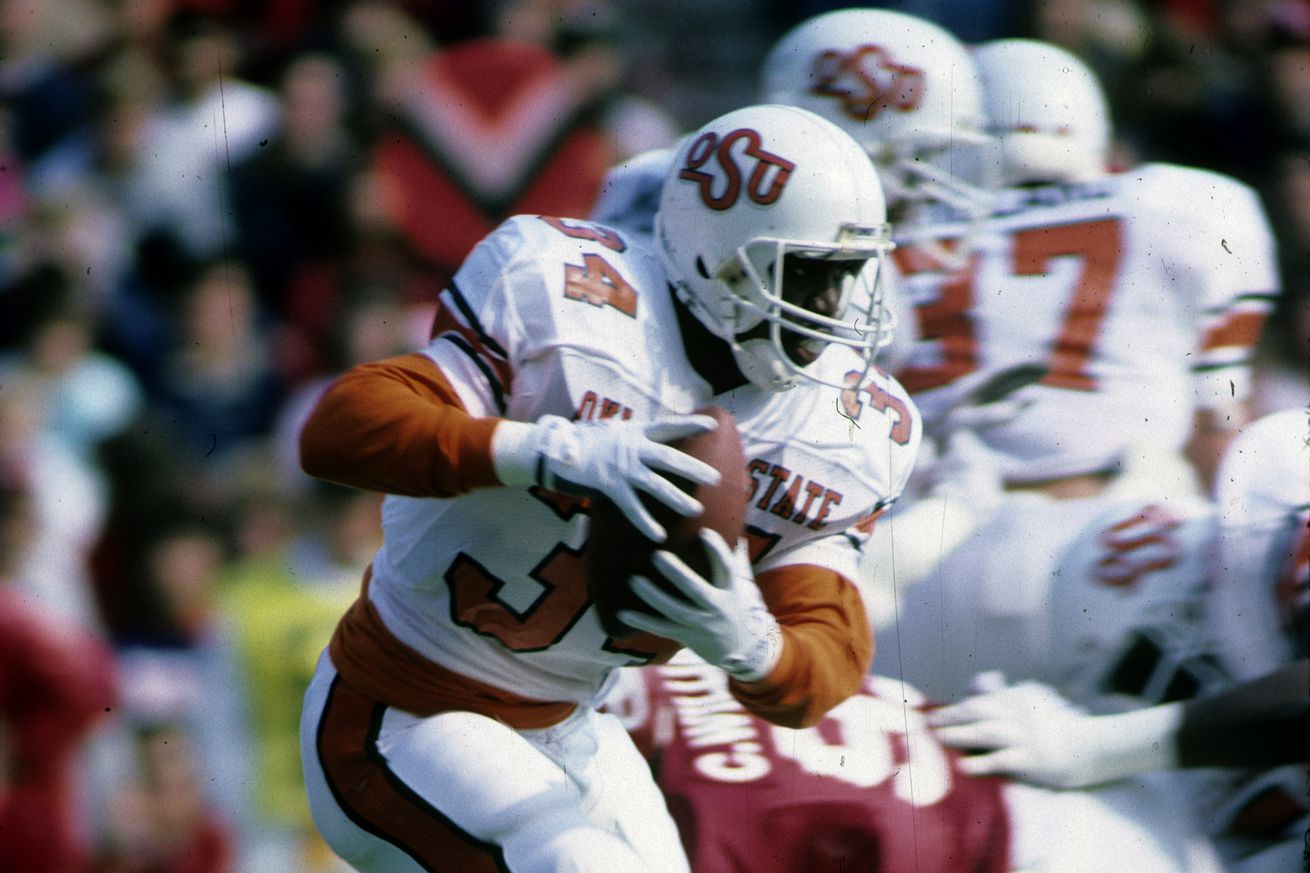 Thomas’ name and No. 34 will be unveiled atop the west end zone of Boone Pickens Stadium on Sept. 26.

Thurman Thomas, the all-time leader in rushing yards in Oklahoma State history, will be the first inductee into the OSU football ring of honor Sept. 26, OSU announced Tuesday.

Thomas’ name and No. 34 will be unveiled atop the west end zone of Boone Pickens Stadium at halftime of the Cowboys’ game against West Virginia. The Cowboys will also wear replica uniforms during the game from the 1987 Sun Bowl against Mountaineers, which was Thomas’ final college game. OSU won the bowl game, 35-33, and Thomas was the game’s most valuable player after he rushed for 157 yards and four touchdowns on 33 carries.

“What an opportunity for everyone to be able to see one of our very best players, very best student-athletes name going up on the stadium,” Smith told Thomas.

“Man, that’s wild,” Thomas replied. “I really appreciate that. This is something special and I’m very honored to be the first one. I know there will be many more and [OSU] could have put Boone [Pickens] up there, Barry [Sanders] up there but you know what. I really appreciate it guys, and it’ll be a day that I won’t ever forget.”

It’s not the first time Thomas has received this type of honor as the Bills put him on their wall of fame in 2005 and retired his No. 34 in 2018.


The inaugural member of our Football Ring of Honor had to be @thurmanthomas. And the news just had to come from @JohnSmithOKST.