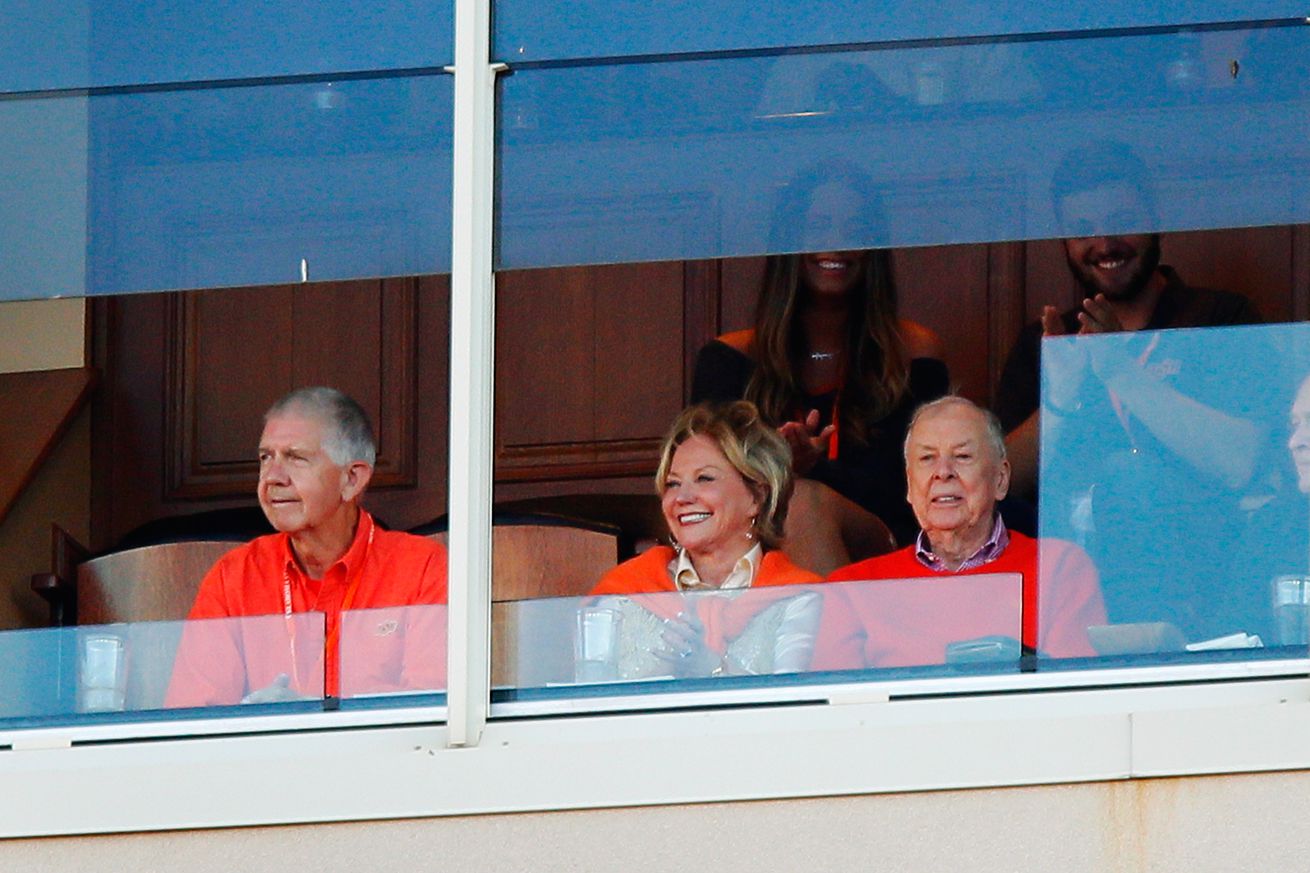 Photo by Brian Bahr/Getty Images
The oil tycoon donated more than $500 million to his alma mater.

Oklahoma State alumnus and mega-booster Thomas Boone Pickens, Jr. died Wednesday at his home in Dallas. He was 91 years old.

Pickens was born May 22, 1928, and grew up in Holdenville, Oklahoma. His family moved to Amarillo, Texas, and he attended Texas A&M University on a basketball scholarship before transferring to Oklahoma A&M, which is now called Oklahoma State. He graduated in 1951 with a degree in geology and started to work at Phillips Petroleum.

In 1964, he founded Mesa Petroleum and within three decades the company had become one of the largest independent oil companies in the world. In 1991, he founded BP Capital Management and became a billionaire.

Pickens’ more than $500 million in donations forever changed the landscape of OSU athletics department, including a $165 million donation in 2006 — the largest single donation to an athletic department to an American university. The Cowboys’ football stadium is named after him.

Pickens’ donations were split between athletics and academics, and OSU’s geology school now being named the Boone Pickens School of Geology.

Pickens published his most recent annual letter to OSU’s fan base Aug. 29, say he hoped to continue to give his thoughts about the tam for “as long as I can.”

“At 91, I’m grateful for every added day, week, month and year,” Pickens wrote. “However I’m realistic about being close to the finish line. And I’m working diligently to complete projects as quickly as I can and tie up any loose ends.”


It is with great sadness that we announce the passing of T. Boone Pickens on September 11, 2019. #RIPBoone https://t.co/w6bt9d22GL pic.twitter.com/PhCvOnOpfs