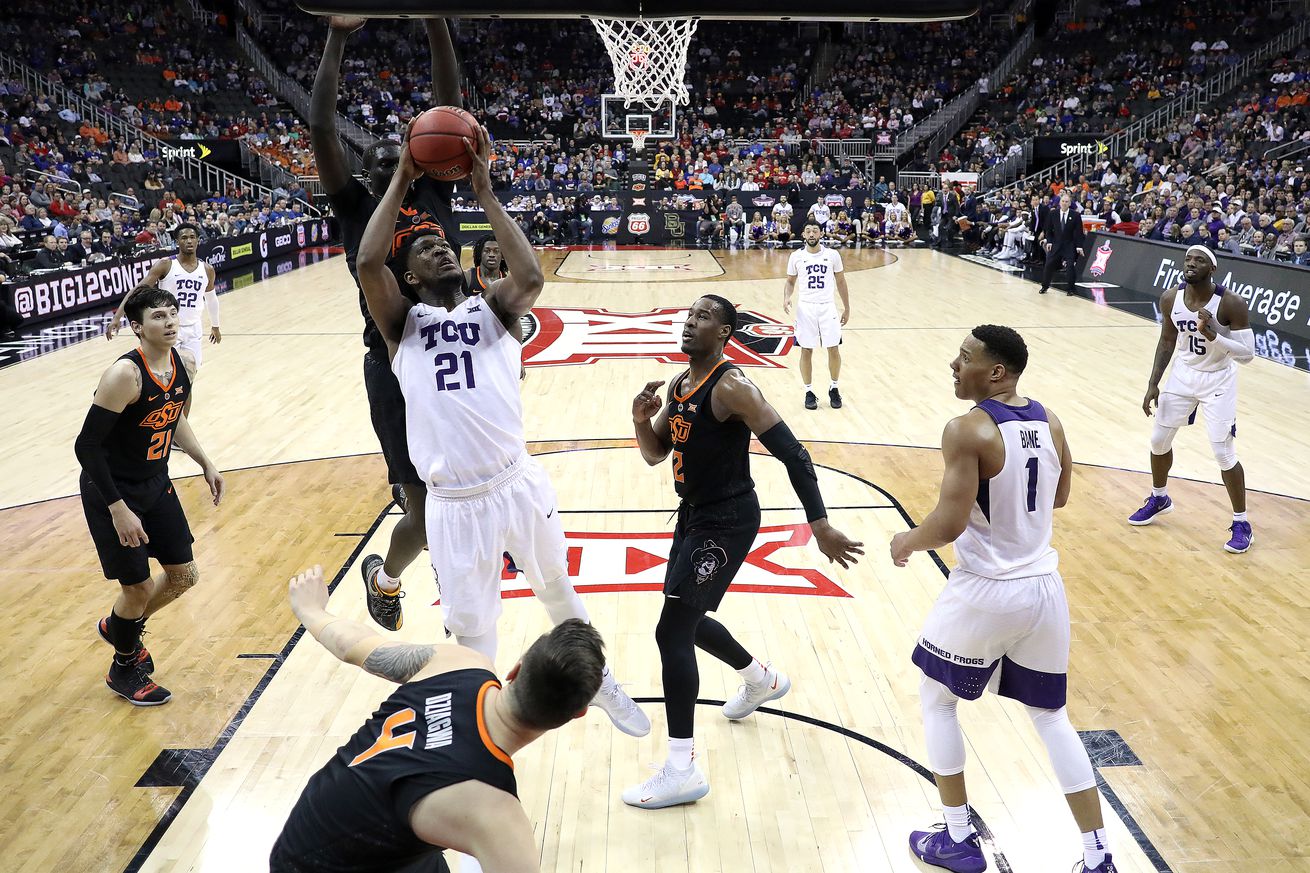 The Cowboys dropped their 1st round game against TCU to end their season.

Oklahoma State’s 1st round matchup with TCU in the Big 12 Tournament was an epitome of its entire season.

The Cowboys fell to TCU 73-70 to end their season. OSU trailed by as many as 21 points before coming back to take a 70-68 lead with under a minute remaining the game.

TCU’s Desmond Bane knocked down a three from the corner to give TCU a 71-70 lead, and Lindy Waters III would miss the potential game winner.

Mike Boynton called timeout to draw up a play for Waters to get a clean look, but the play ended up in Waters going one-on-one against Kouat Noi. His jumper from the left elbow was no good, and Issac Likekele fouled Alex Robinson with 0.9 seconds left.

Freshman Yor Anei had 17 points and 10 rebounds to go with seven more blocks to tie the OSU single season record for blocks.

Oklahoma State will return that same starting five next season to go with sixth man Curtis Jones and one of the best recruiting classes in school history.

Noi and Bane combined for 35 points, while Robinson added 12 points, eight assists and six rebounds. Kevin Samuel had 14 points and nine rebounds while RJ Nembhard had five points off the bench.

Our former fearless leader Cade Webb described this team and this season perfectly with this tweet after the game.


Not an ounce of quit in Mike Boynton’s teams.

— Cade Webb (@cwebb_oSu) March 14, 2019​
Mike Boynton promised OSU fans that this team will get better. He warned everyone not to get used to losing. November can’t come soon enough for Oklahoma State hoops fans, but they shouldn’t forget this team anytime soon. This team built the foundation for those to come.