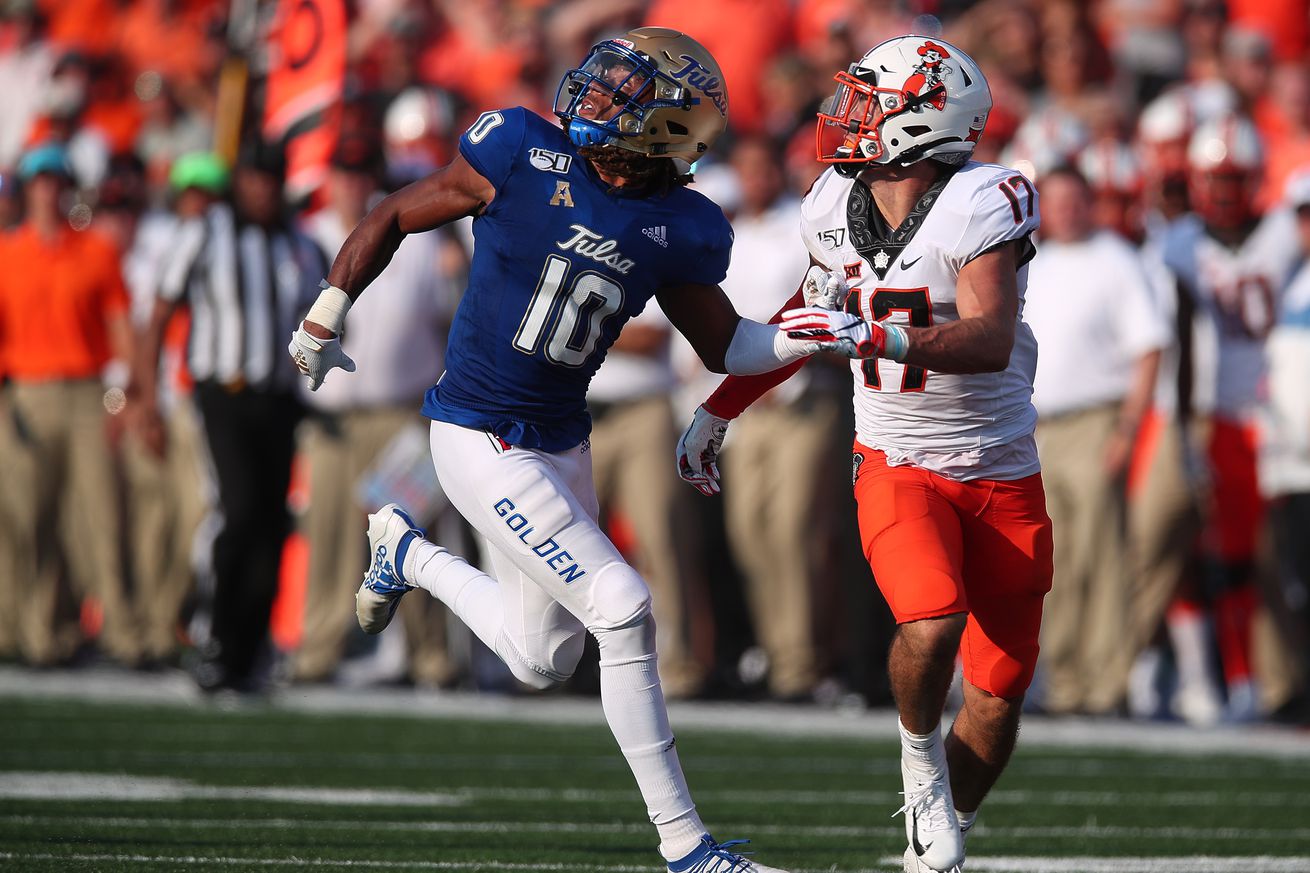 When we last left off….


Oklahoma State ended their roller coaster of a season last year with a loss to Texas A&M in the Texas Bowl. In they game they were without Tre Sterling in the first half, Tylan Wallace was still recovering from ACL surgery and Spencer Sanders was hurt and Dru Brown was playing quarterback. They would end the season on back to back losses and a 8-5 record. With the return of Tylan Wallace, a healthy Sanders and Chuba Hubbard back for another season, the pressure is on this team to compete for a big 12 title. Kasey Dunn has taken over for offensive coordinator which is sure to bring some exciting changes.

About the bad guys:

Head Coach: Philip Montgomery. This will be Montgomery’s sixth year at the University of Tulsa. He’s really given some life to the program. He’s earned a 5-37 record after five seasons,.

Defensive Coordinator: Joseph Gillespie. Gillespie is entering his second season as DC for the Golden Hurricane. He was promoted to DC from linbacker coach last season but continues to coach the LBs.

WHEN WE HAVE THE BALL

The Hurricane defense returns four starters from last years squad. Collins is said to be the leader for the linebacker position and it will be interesting to see if he’s able to get in Spencer Sanders face a little bit.

As for how the Hurricane plan to go about Tylan Wallace. The matchup will most likely go to Allie Green IV. Green had seven tackles in last year game and broke up quite a few passes. He’s also a senior so the experience is there.

Overall, let’s just say this defense didn’t play incredibly well against OSU last year with a roster of returners, I think Oklahoma State might have to shake off the rust a little bit because it looks like they have some experience, but they’ll be okay.


WHEN THEY HAVE THE BALL

Baylor transfer Zach Smith is a capable QB. The RS senior threw for 19 touchdowns in the 2019 season. The best season of his career so far. Smith was recently named to Earl Campbell Tyler Rose watch list and Cleburne head coach Casey Walraven had very good things to say.


“It’s really exciting for me and everybody around here to be able to see he’s getting recognized,” Walraven said. “I think it’s long overdue. He’s definitely a draftable quarterback and I think his stock’s continuing to rise. He is, without a doubt in my mind, one of the toughest players in college football. He took some shots and he has over his career, and I think he’s going to be prepared for the NFL more than any other player just because of what he’s had to go through mentally and physically. {Cleburne Times Review}
​
Tulsa has a group of veteran running backs in Brooks and Taylor II. The duo have racked up 4,190 yards and 45 TDs in their careers, while last year Brooks totaled 1,046 yards and Taylor had 461 and both scored six TDs.

Montgomery runs high tempo stuff. Something that Oklahoma State and Jim Knowles weren’t totally prepared for in the first half of last season’s game. Like Steve said in the Know Your Enemy post if Smith gets hot, this game could get annoying real quick. They got some shots down field on them and will likely try to go deep early. However something tells me they’re going to be more prepared for that this year.

Overall, I echo the guys on the podcast. I’m not super worried about this game. I think OSU will take care of business and get the W. 49-30 good guys.