CRFF - Postgame thoughts: the Cowboys get one back in Houston 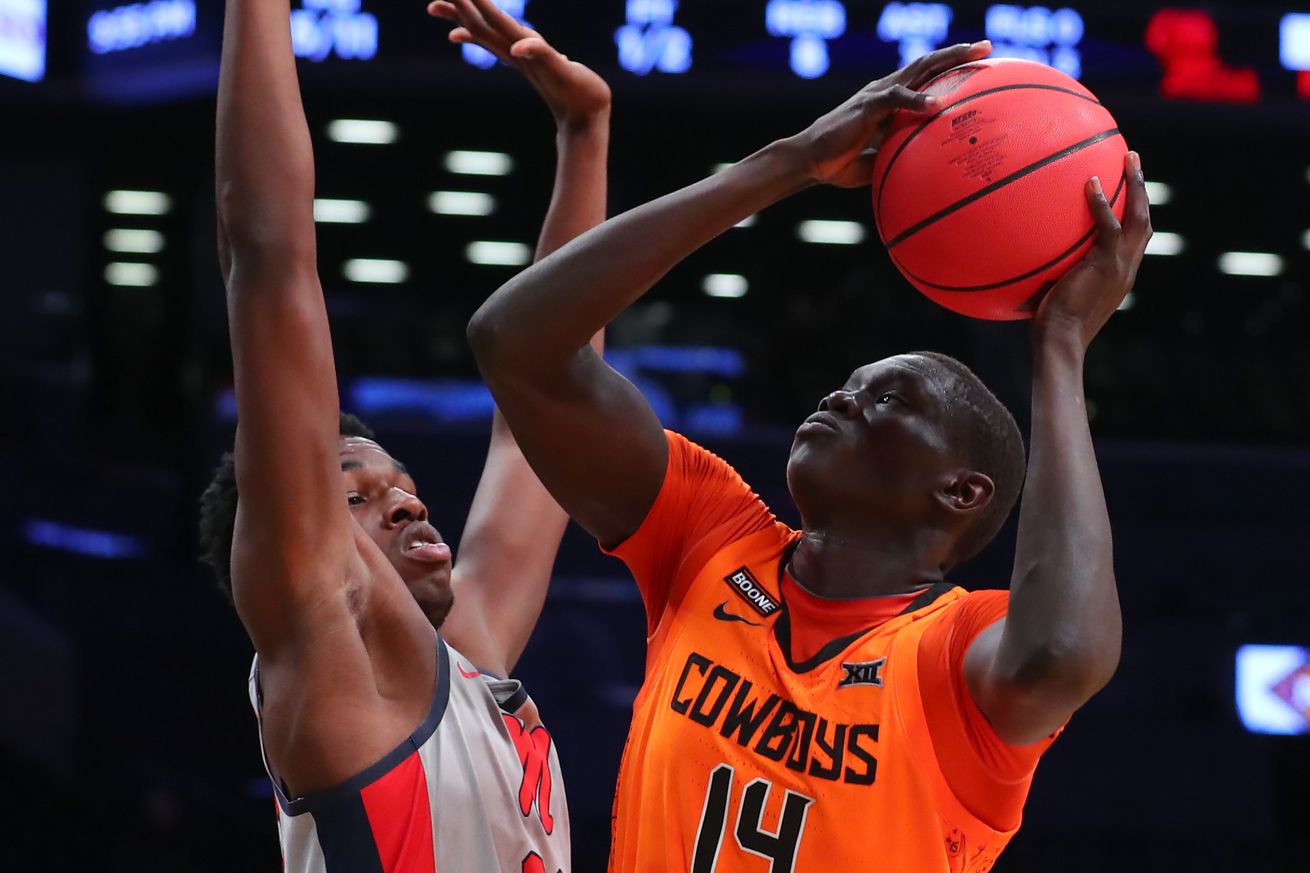 Photo by Rich Graessle/Icon Sportswire via Getty Images
After a rough week that saw the Cowboys fall for the first time this season and then again, they get a massive one back on the road.

The Cowboys were without their leader and most important player for a third game in a row. Luckily, this one didn’t end like the first two tries. The Cowboys saw a sixteen-point halftime lead dwindle down to nothing before gutting out a massive résumé win on the road.

After dropping some winnable games, the Cowboys needed to steal one back and they did. Here are some of my thoughts on the game:

It’s not quite that simple; the Cowboys have also struggled to find an answer for Isaac Likekele’s replacement during this stretch, but it also kinda is that simple. Anei is a huge part of what Oklahoma State wants to do on defense whether it’s zone or man. He also gives them a legitimate offensive threat in the post that’s been missing for... a long time. He had a massive 18 points and 8 rebounds and threw in a block and an assist for good measure.

Starting Dee Mitchell was a fantastic coaching decision in my opinion. He’s not flashy, and he’s not someone that’s gonna light up the stat sheet. He is someone you can rely on to run the offense, allow your dudes to play their normal positions/roles, and make smart decisions.

While Mitchell’s defense was solid, honestly the subtitle was just a pun I couldn’t pass up. The Cowboys let freshman stud Caleb Mills get a little too comfortable, but they completely shut down Houston’s leading scorer in Jayhawk transplant Quentin Grimes. In his two games against the Cowboys last season he had a 6-point and 17-point effort and was averaging over 16 points per game coming into the contest. The sophomore was held to 0 points on 7 shots, 3 rebounds, and 0 assists.

The Pokes also held a solid opponent under 20 points for a half for the second time this season and got the stops they needed at the end to hold on.

After losing the rebounding battle heavily in the last two losses, the Cowboys were able to grab only one less than KenPom’s second-best offensive rebounding team in the nation. There were times when it felt like OSU was going to get second-chance-points’d to death again but Cam McGriff and Yor Anei gutted out 10 and 8 boards respectively to keep that from happening. Cam’s toughness was huge this game and has really started to come into his role nicely on this team. Lindy Waters III chipped in a respectable 5 rebounds from his guard spot.

The Cowboys also rebounded to the win column in a huge spot. You obviously don’t want to drop three in a row, but the fact that they were able to win against a tournament-level team in a hostile environment without Ice seems like it will be huge for the team’s confidence. The young players are also getting valuable experience to grow up quickly in big moments.

Chris Harris Jr. has shown some bright spots on offense but some really solid defense is really what has earned him a healthy portion of playing time. Beyond him though the talented freshmen have shown flashes but have generally really struggled to find their places on this year’s squad.

Avery Anderson III has struggled to finish around the rim and has struggled running the offense. Kalib Boone hasn’t seen much playing time recently even with Yor’s recent foul trouble. Keylan Boone’s playing time has waned as well and has struggled to make the right decision at times. Hidde Roessink lacks the strength and toughness to play inside right now and doesn’t have the confidence to shoot from outside either. Jonathan Laurent is not a freshman but he is new to the team and has been prone to disappear in games. Marcus Watson’s situation is still in limbo.

I’m excited for the potential of this freshman class, but I’d really like if they could realize some of that potential earlier rather than later. Some of it is probably born of necessity and rankings aren’t everything, but it has been frustrating to watch lower-rated freshmen from the AAC run circles around our Top-25 class.

I touched on this some in my rebounding thought, but the seniors willed this victory out of a tough situation.

Thomas Dziagwa hit some huge threes to keep the game close early in a 3-3 performance from outside. Crime Dawg has done a little soul-searching and has decided that he’s gonna be the toughest guy on the court. Lindy channeled some of his signature ice-water-in-veins to silence a crowd intent on a big comeback.

This is the kind of win that resonates in March, and it can’t be overstated how huge it was for the team to pull it off without Ice.

This road win continues a perplexing trend of the Cowboys being a very good team on the road and a team that struggles at home. It’s unwise to read too much into a Likekele-less squad, but close wins against Oral Roberts (KenPom No. 158), Yale (No. 85), and Western Michigan (No. 270) all happened with Ice.