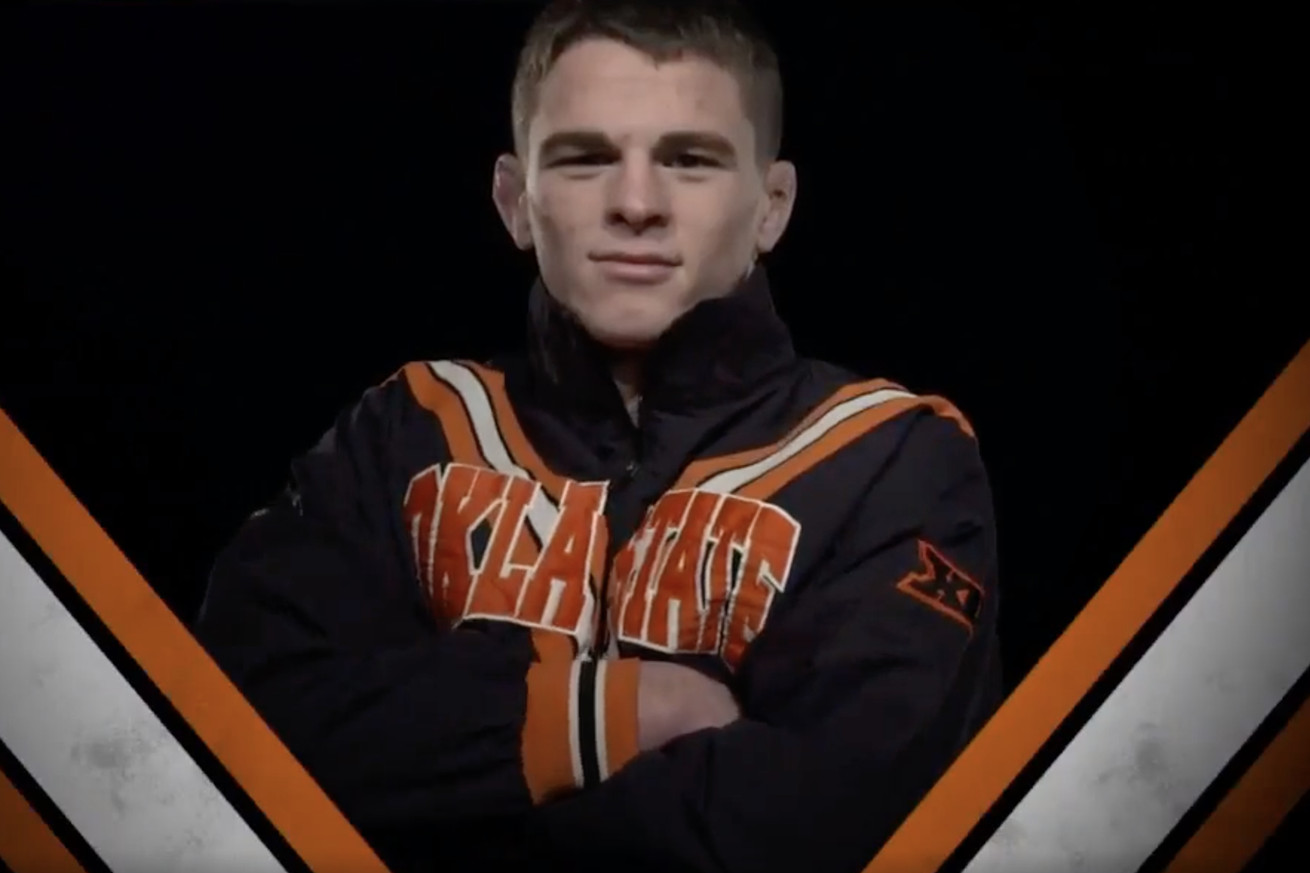 Oklahoma State’s Boo Lewallen
Lewallen will be eligible to compete during the 2020-21 season.

Boo Lewallen will be eligible to wrestle for Oklahoma State during the 2020-21 season after the NCAA granted a medical hardship waiver for his sixth year of eligibilty, according to the redshirt junior’s bio on the team’s website.

Lewallen dislocated his left shoulder twice during the 2018-19 season, with the first coming in the season opener Nov. 17, 2018, at South Dakota State then in his return Jan. 27 against Iowa State in Stillwater. The second time ended his season.

Lewallen was granted the medical hardship waiver after writing an exception letter since he competed in the second half of the season.

Lewallen, who was a 2018 NCAA All-American at 149 pounds, told Pistols Firing in August that he had surgery to repair his shoulder and went through rehab five days a week during the summer. He’s 8-0 this season and ranked No. 4 in the country.