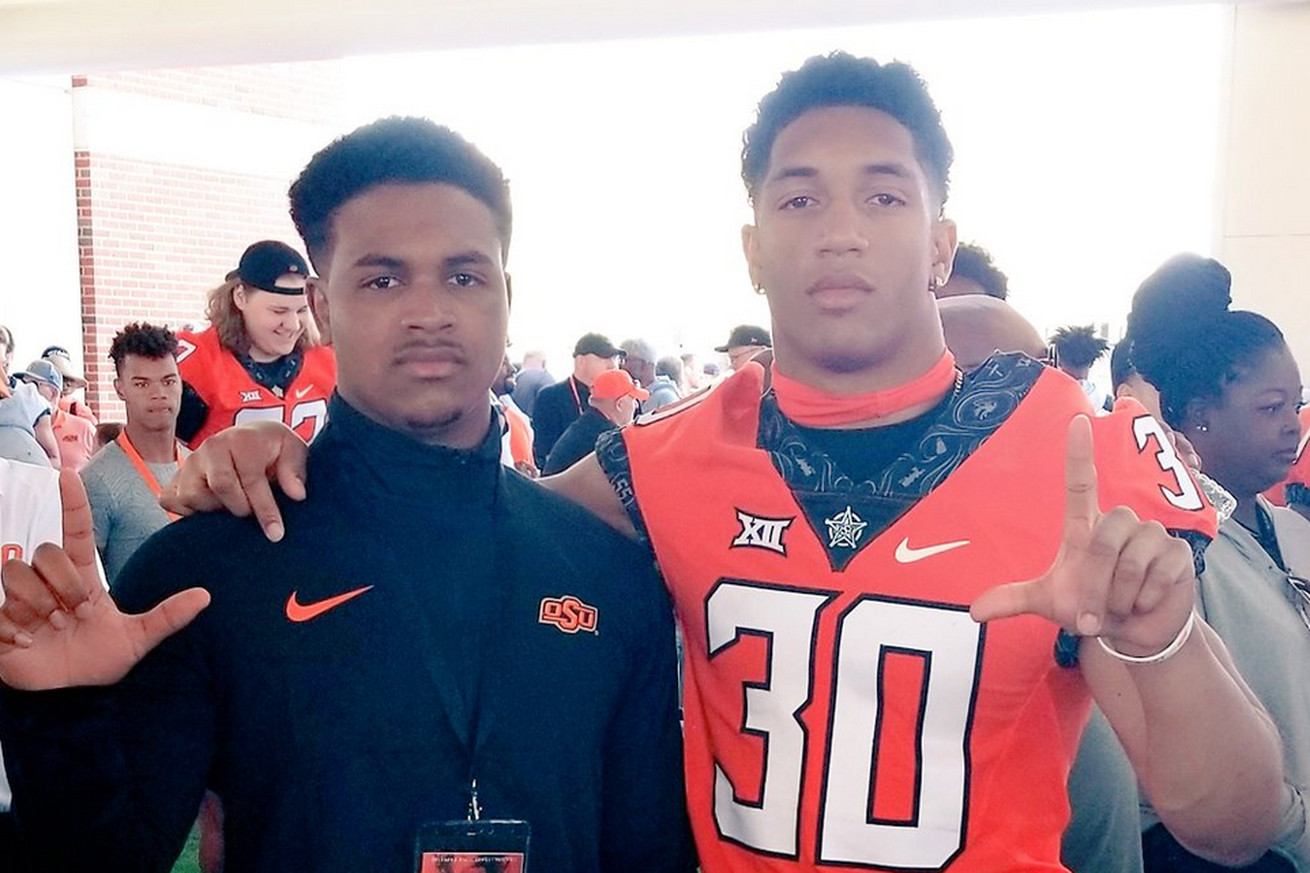 Deondrick Glass (@deondrickglass)
The former four-star recruit is on the move.


Oklahoma State RB Deondrick Glass is in the portal. Glass ranked as the No. 225 overall prospect in the 2019 class out of Katy, Texas. https://t.co/Jyi1bI00AN

— Chris Hummer (@chris_hummer) October 29, 2020​
Glass hails from Katy, Texas, and attended Katy High, a de-facto running back factory. He ran for nearly 2,000 yards and 30 scores as a senior at Katy before choosing OSU over offers from Alabama and others.

Glass was the second-highest rated recruit of OSU’s 2018 class, and now becomes the third of the top five recruits from that class to transfer — joining top-recruit Grayson Boomer and dual-threat quarterback Brendan Costello.

Chuba Hubbard and LD Brown have predictably received this lions’ share of carries this season, but true freshman Dominic Richardson and transfers Dezmon Jackson and Micah Cooper have received carries above Glass.

Glass’ departure leaves OSU with four scholarship running backs on the roster, two of them being Hubbard and Brown, who are expected to leave after this season.

— Phillip (@OKTXARPoke) October 29, 2020​
With Jackson and Richardson coming back, OSU will look to add as much depth as it can find. Jaden Nixon is currently the only committed running back in this recruiting cycle, and OSU’s staff has been looking to add another back to the class even before the Glass announcement. This is a situation where the transfer market could work in the Cowboys’ favor.