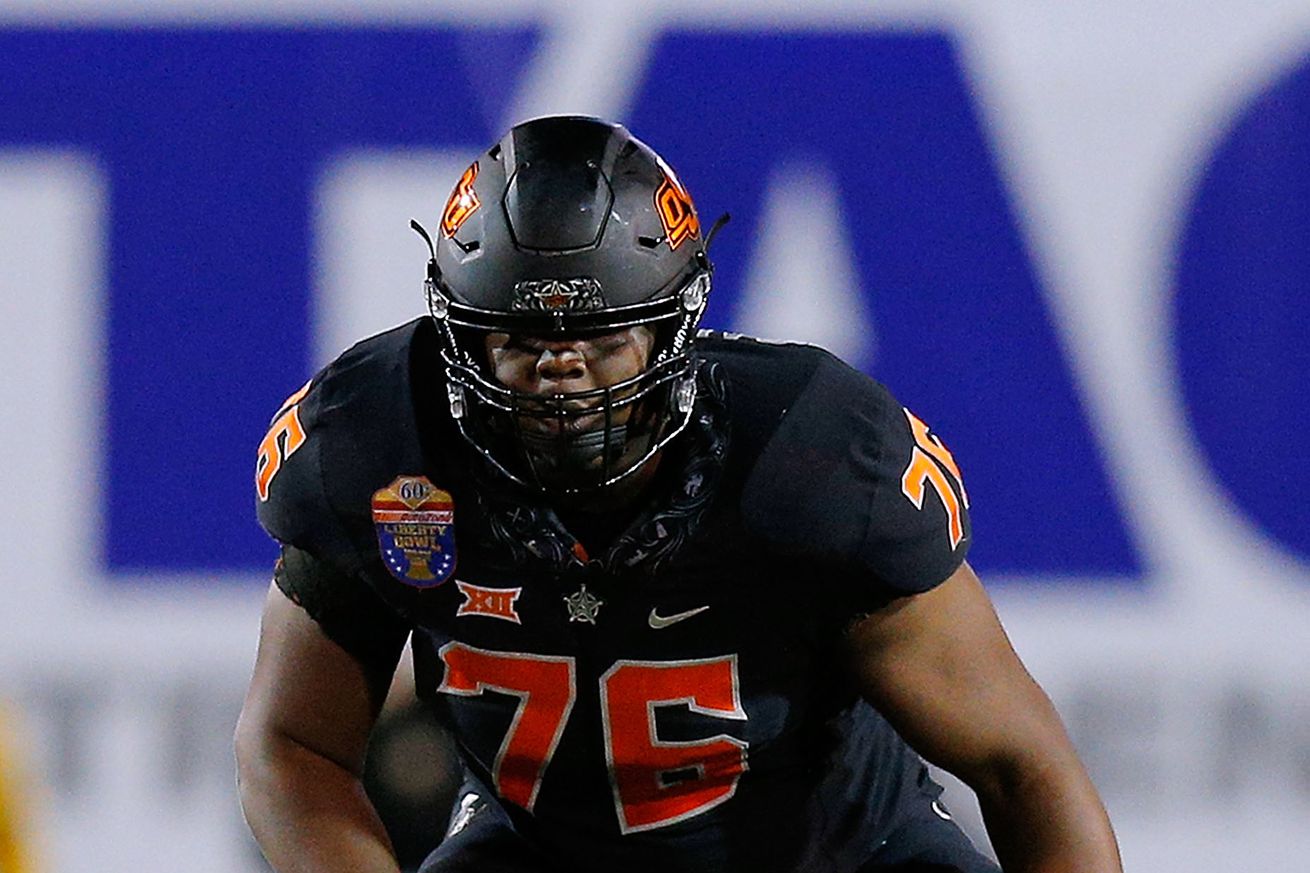 Photo by Jonathan Bachman/Getty Images
Galloway said “all of my injuries were piling up to where they were effecting me too much on and off the field.”

Oklahoma State will have a new starting left tackle this coming season after Dylan Galloway retired from football because of injuries, he told Sports Illustrated.

“I’m done with football,” Galloway wrote in a text message. “I was getting hurt so much and I felt like all of my injuries were piling up to where they were effecting me too much on and off the field.”

Galloway, a fifth-year senior, started 14 games at the position the past two seasons and was expected to be one of three returning starting offensive lineman for the Cowboys. The 6-foot-5 and 326-pounder has dealt with a shoulder injury and missed four games because of an ankle injury this past season.

The Cowboys will have starting right tackle Teven Jenkins and right guard Bryce Bray back in the lineup. OSU also added left guard Josh Sills, who started the past two seasons at West Virginia before transferring to Stillwater in December. He has two years of eligibility remaining after receiving a medical redshirt for playing only two games in 2019 before undergoing season-ending shoulder surgery.