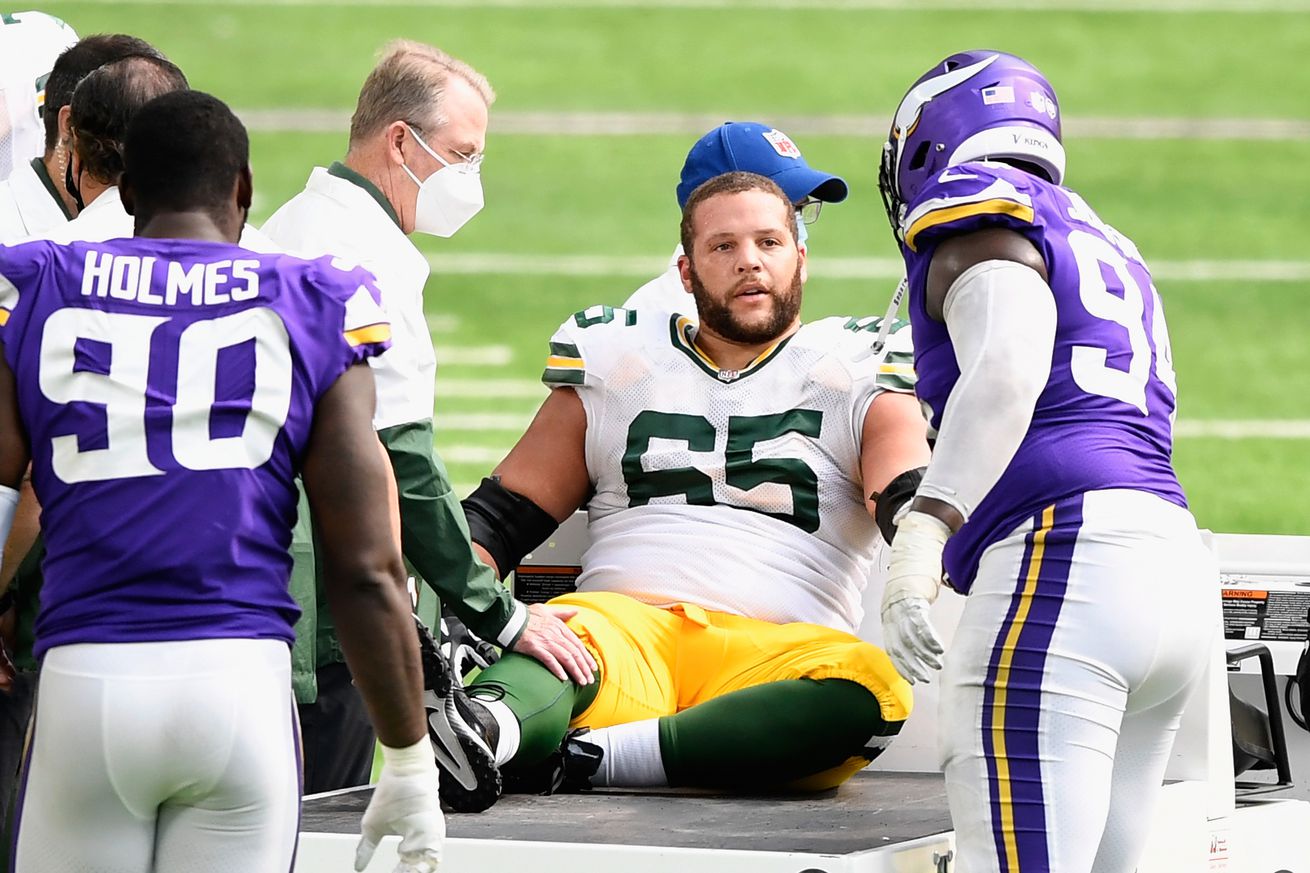 Photo by Hannah Foslien/Getty Images
The Green Bay Packer was in his eight season.

Lane Taylor will be sidelined for a second straight year due to injury, this time in his right knee injury, Packers head coach Matt LaFleur confirmed Monday after Taylor had an MRI.

Taylor, a former Oklahoma State standout and undrafted free agent, suffered the injury Sunday during the Packers’ 43-34 win against the Vikings at U.S. Bank Stadium in Minneapolis. The guard only played two games last season before suffering a bicep tear in practice.


“My heart goes out to him,” LaFleur said Monday. “Just battling back from the significant injury he had last year to get to a position where he was in our starting lineup, certainly he will be missed. I just feel bad for him as an athlete, as a man. It takes a lot to come back from a significant injury and he put the time in and put himself in great position to have a great year.”
​
According to Acme Packing Company, Taylor had taken a pay cut in order to stay with the team. His comeback was set to be one of bigger storylines coming into the 2020 season.

Taylor is the second former OSU player to suffer a season-ending right knee injury during the NFL’s opening weekend. Cowboys tight end Blake Jarwin also torn the ACL in his right knee Sunday night and will have surgery to repair it.