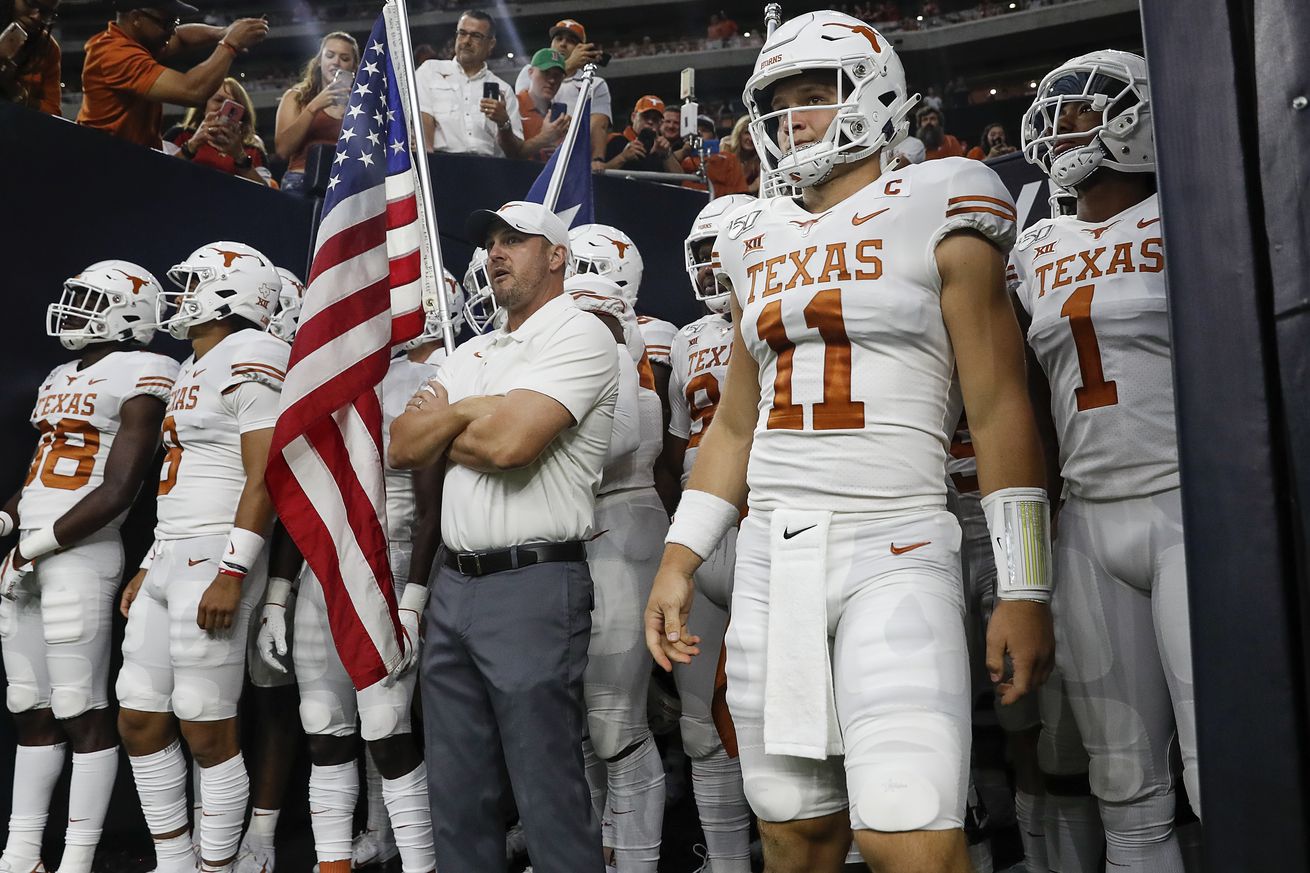 Oklahoma State’s game against Texas in Austin is a big one. Both sides are looking to see who their teams truly are. Our site manager Micah spoke with Burnt Orange Nation’s Gerald Goodridge about his thoughts on the Longhorns.

MA:What did that LSU game tell you about this Texas team?

GG: The biggest thing that you can take from the LSU game is that unlike years past, this is a Texas team that won’t quit and is willing to go toe-to-toe with anyone. I remember watching some Texas teams fold when they face adversity, so the fact that they were able to overcome a double-digit deficit and have a chance to win it late is huge. The other thing it shows is that Sam Ehlinger is able to get it done with his arm, not just his legs. He was in full command of the offense, made great reads and capitalized on the matchup advantages Texas had.

MA: In the Q&A for BON, you mentioned the questions on the Texas secondary. Do you they’ll still be able to get some coverage on Tylan Wallace despite that?

GG: This is honestly my biggest fear heading into Saturday’s game. It’s week four of the regular season and the coaching staff is still calling it an open competition at cornerback. I think Jalen Green is going to draw the coverage responsibility, with one of the safeties trying to help in support. Knowing Todd Orlando’s mindset, Texas will probably lean into the blitz and try to rattle Spencer Sanders and hope that has an impact for the secondary.

MA: This is a game between an experienced Sam Ehlinger and a player in his first Big 12 game in Spencer Sanders. How do you think impacts the game?

GG: Ehlinger has proven on several occasions that he’s not the guy to blink during a standoff, so I think that does give Texas an advantage when/if this thing turns into a shootout. Corvallis is a tough place, but with the gameday changes in Austin, it will definitely be the most hostile environment Sanders has to play in until it’s his turn to head to Norman.

MA: Tom Herman made the comment in his presser: “It’s the scariest environment imaginable — that’s all you had to say. Scariest environment imaginable. You know, they have the nation’s leading rusher. They’ve got an All-American wide receiver. They have a quarterback that can not only throw it to that receiver, but is a threat with his running ability, too.” What do you think Texas has to do to silence the nation’s leaShacding passer and rusher in Wallace and Hubbard respectfully?

GG: Honestly, I think it looks like making it a priority to shut down the run. If Texas is able to limit Hubbard’s production on the ground, that gives them a bit more freedom to get creative with their blitz packages. I don’t think it’s a bad idea to try to get into a young quarterback’s head so I would imagine that is the route Orlando and company go.

MA: What matchup are you most curious to see on Saturday?

GG: Morbid curiosity is Wallace and Stoner against the Texas secondary. I am also curious to see redshirt freshman NT Keondre Coburnlem marching up against the interior of the Oklahoma State offensive line.

MA: What’s the most important thing that has to click with this Texas team in order to win Saturday?

GG: The secondary has to figure something out. Tylan Wallace is one of those guys that you don’t stop, you just try to limit the damage. So if they can manage to limit him to fewer big plays, I think things will work out.

GG: This is going to be a high-scoring, back-and-forth type of game, but I think Texas comes out on top 35-32.