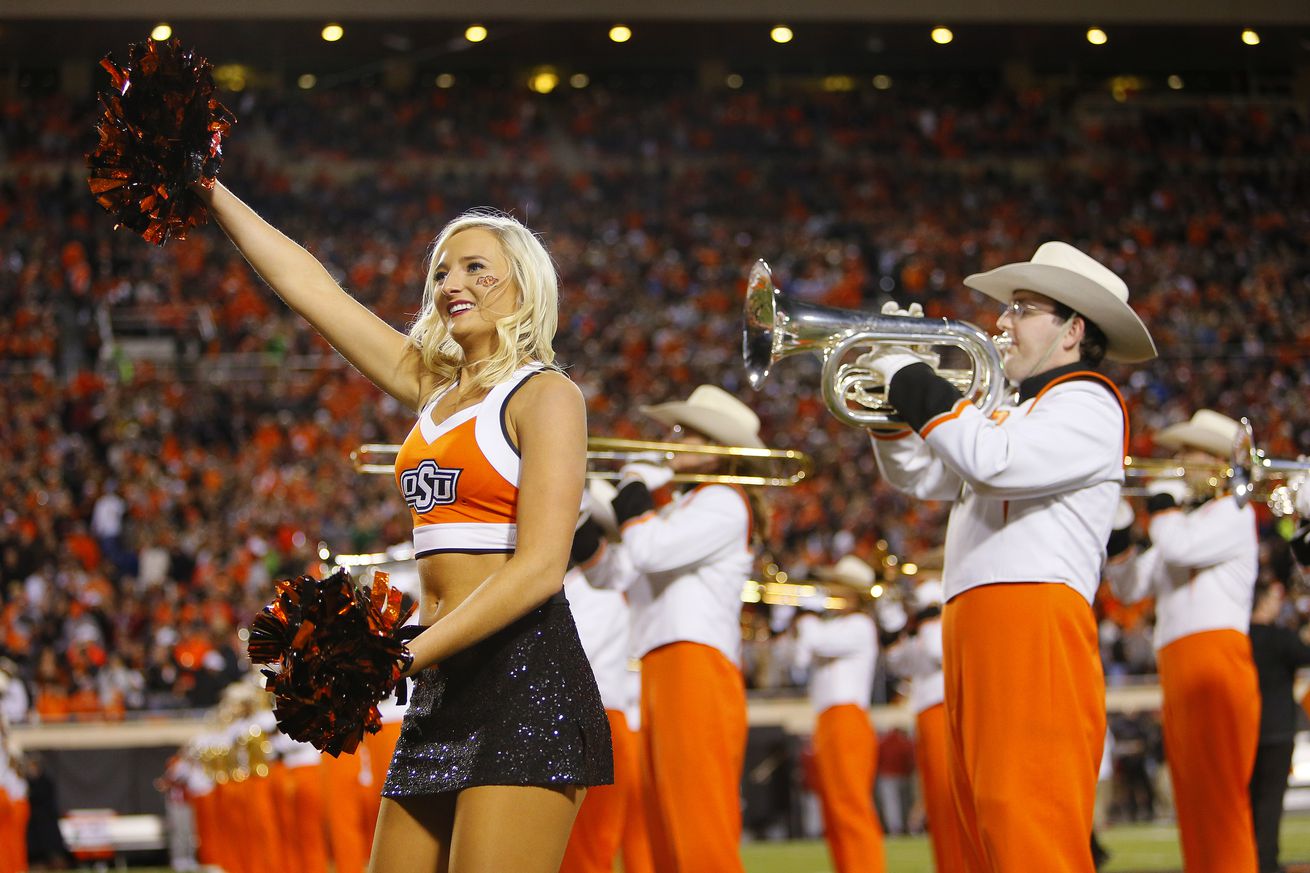 Photo by Brian Bahr/Getty Images
Welcome to High Noon Highlights, a place to catch up on everything you missed in Oklahoma State Athletics and beyond.

During his media availability on Monday, head coach Mike Gundy says he hasn’t seen much change in his team despite the delay to season. Scott Wright of the Oklahoman got this quote from Gundy.


“They’ve had so many changes over the last few months, I don’t think it affected them much at all,” Gundy said. “I know they practiced really well last week.”

Gundy gave the team Friday and Sunday off in advance of their typical off-day on Monday.

“All I go off of is practice, and their enthusiasm has been just fine,” Gundy said. “They’re just tired of practicing, in my opinion, but the preparation in this sport, and the physicality is so important that we have to continue to push through it.

“But we have allowed them to have more days off just recently because of the push-back of the schedule.{ The Oklahoman}
​
Tulsa running backs could prove worthy foe:


“This is the deepest running back room that we’ve had since I’ve been here — guys who are very talented all (down the) line,” TU coach Philip Montgomery said. “You know it’s going to start with Shamari and it’s going to start with Corey, guys who have been getting it done here for us for a long time. I thought TK really showed what he could do last year and he’s a different style of back.”

When TU opens the season Saturday at No. 11 Oklahoma State, Brooks will look to continue the success he had in 2019 while rushing for more than 1,000 yards. He is 1,218 yards from becoming the program’s top career rusher. {Tulsa World}
​
D1Baseball Podcast:

Zach Cable was one of the top breakout prospects from this past summer. @aaronfitt thinks he could make a big difference for @OSUBaseball in the 2021 season.