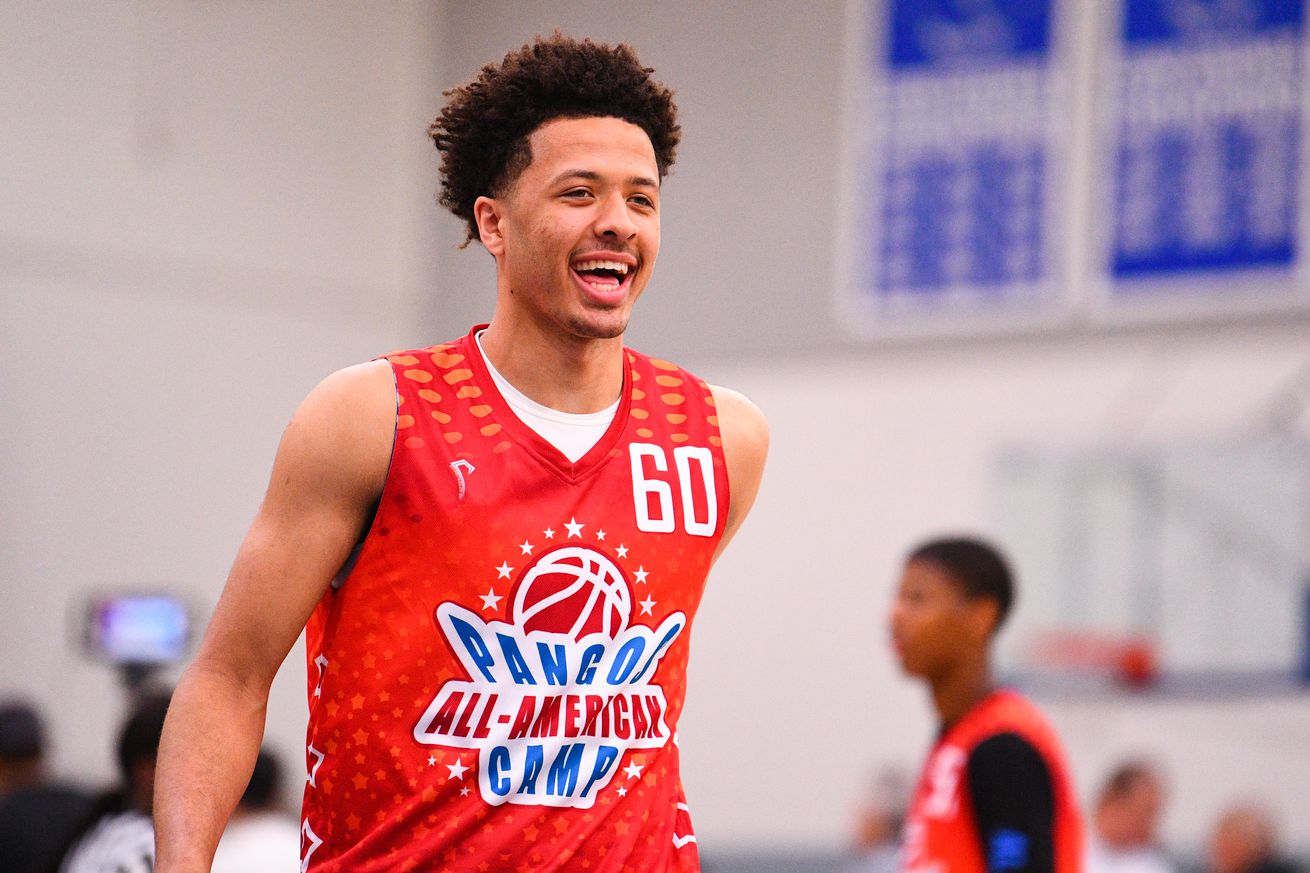 Photo by Brian Rothmuller/Icon Sportswire via Getty Images
Welcome to High Noon Highlights, a place to catch up on everything you missed in Oklahoma State Athletics and beyond,

PFB wrote about the new members getting their numbers over the weekend.


Members of the Cowboys’ top five recruiting class have picked out their threads for the upcoming season.


Cade Cunningham, the nation’s No. 1 recruit, will wear No. 2 in his debut (and likely only) season in college basketball. It’s the number Cunningham wore for the Texas Titans, where he was the Nike EYBL circuit MVP last summer. He also wore the number when he played his high school ball at Arlington-Bowie, before transferring to Montverde in Florida.

Sophomore guard Chris Harris wore No. 2 last season, but he will switch to No. 1 in 2020-21, manning the number Jonathan Laurent left vacant.

Canada’s No. 1 prospect in the 2020 class could be starting at power forward for the Pokes in his freshman season, and he will do so wearing a number familiar to the Cowboys’ power forward spot the past four seasons: No. 12.

Cameron McGriff left that number vacant after scoring 1,211 career points in the uniform. Moncrieffe wore No. 11 last season at Orangeville Prep, but that number has been retired at OSU. The last person to wear it was Nate Fleming, who tragically died in the 2001 plane crash.


Oklahoma native Rondel Walker will wear No. 5 as a Poke. It’s the same number he wore with Putnam City-West and the Texas Titans. Duncan Demuth last wore the number for OSU.

Donovan Williams will see if Thomas Dziagwa left any sharpshooting ability in No. 4. Dziagwa hit 251 3-pointers in the jersey, the fourth-most in program history. Williams wore No. 3 at Lincoln-North Star, another jersey that has been retired at OSU. Daniel Lawson, who also died in the Remember the Ten plane crash, last wore the number for the Pokes. {PFB}
​
How one former OSU defensive back is making a path is business:

Devin Hedgepeth is making his way from a football field to the boardroom as he tries to make a path in the business world.

Hedgepeth often woke at 4 a.m. to study for his Graduate Management Admission Test. Sometimes he’d work on his admission essays or research Stanford to make plans.

He then worked his full-time job at ExxonMobil, a Fortune 500 company.

“I just wanted it so bad,” Hedgepeth said.

Hedgepeth was not denied.

A former Oklahoma State cornerback whose NFL aspirations were derailed by injuries, Hedgepeth was recently accepted into the prestigious school that admits just 7.1% of applicants. {The Oklahoman}
​
Oklahoma State lose O-line Commit:


While we’re still a long way away from even completing the 2021 signing class, this is a big loss for the Pokes. Banks, while he doesn’t have a composite ranking, he’s listed as a four-star prospect by 247Sports and is listed as the No. 13 offensive tackle prospect in the country and the No. 126 ranked overall prospect in the 2022 class. {Pokes Report}
​
Around Sports:

How the Panther’s legacy went up in smoke