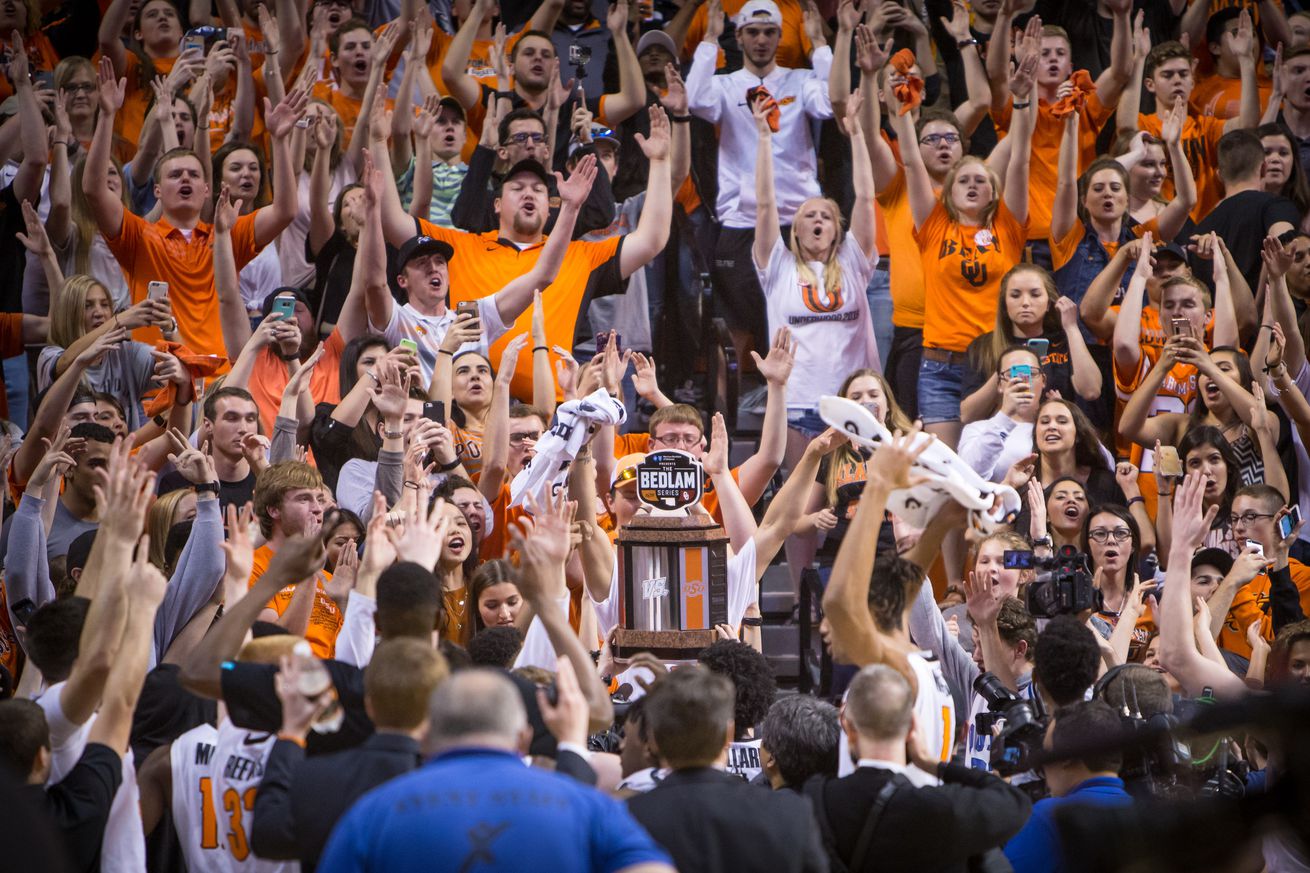 Welcome to High Noon Highlights, a place to catch up on everything you missed in Oklahoma State Athletics and beyond.

Cowboy Basketball is ready for Saturday:

After beating the No.6 team in the country yesterday in Kansas, Mike Boynton and his team didn’t dwell on it too much. They almost immediately shifted their focus to the team they’ll be meeting on Saturday. Oklahoma.


“The next game, just as important,” Boynton said in the locker room after beating Kansas. “Just as important. Many guys who aren’t from Oklahoma, Bern [Bernard Kouma], you have no idea. We don’t like them. It’s personal.”

Kouma, who is from N’Djamena, Chad, Africa, coolly responded, “No, I know. I know. They told me about it.” {PFB}
​
Oklahoma State signees win accolades:

This is a great list where all the awards that guys coming to Oklahoma State have won this past season. They have it all in one place to make it easy for you.


To get recruited and play football at the division one level, you have to not only shine on your team but you have to be better than those around you in your district, your region and your state. You have to be the ‘cream of the crop’.

With this 2021 recruiting class, Oklahoma State has made sure that is what they are bringing in. I have been very high on many of these prospects throughout the last two seasons. Although recruiting can be tough at times, at others, all you have to do is open your eyes and watch to know the level of talent you are getting. And that is what happened with this recruiting class. {Pokes Report}
​
Three things to watch for in WBB vs. ISU game:

Tonight, the Cowgirls are trying to keep their 5- game win streak alive as they take on the Cyclones tonight. Ben Hutchens gave his top three things to look for in tonight’s game.


Collins was spectacular against TCU last Saturday, scoring a career-high 19 points on 7-for-8 shooting. Collins also anchored the OSU defense, only resting for two minutes and registering five steals. Collins has had a consistent presence in all areas of the box score this season and has been great during OSU’s winning streak. As the freshman exponentially gains more experience each game, the Cowgirl coaching staff can count more and more on her to make plays. {O’Colly}
​
Around the Big 12: ‘

News for the MBB conference tournament

Tech has an ace pitcher