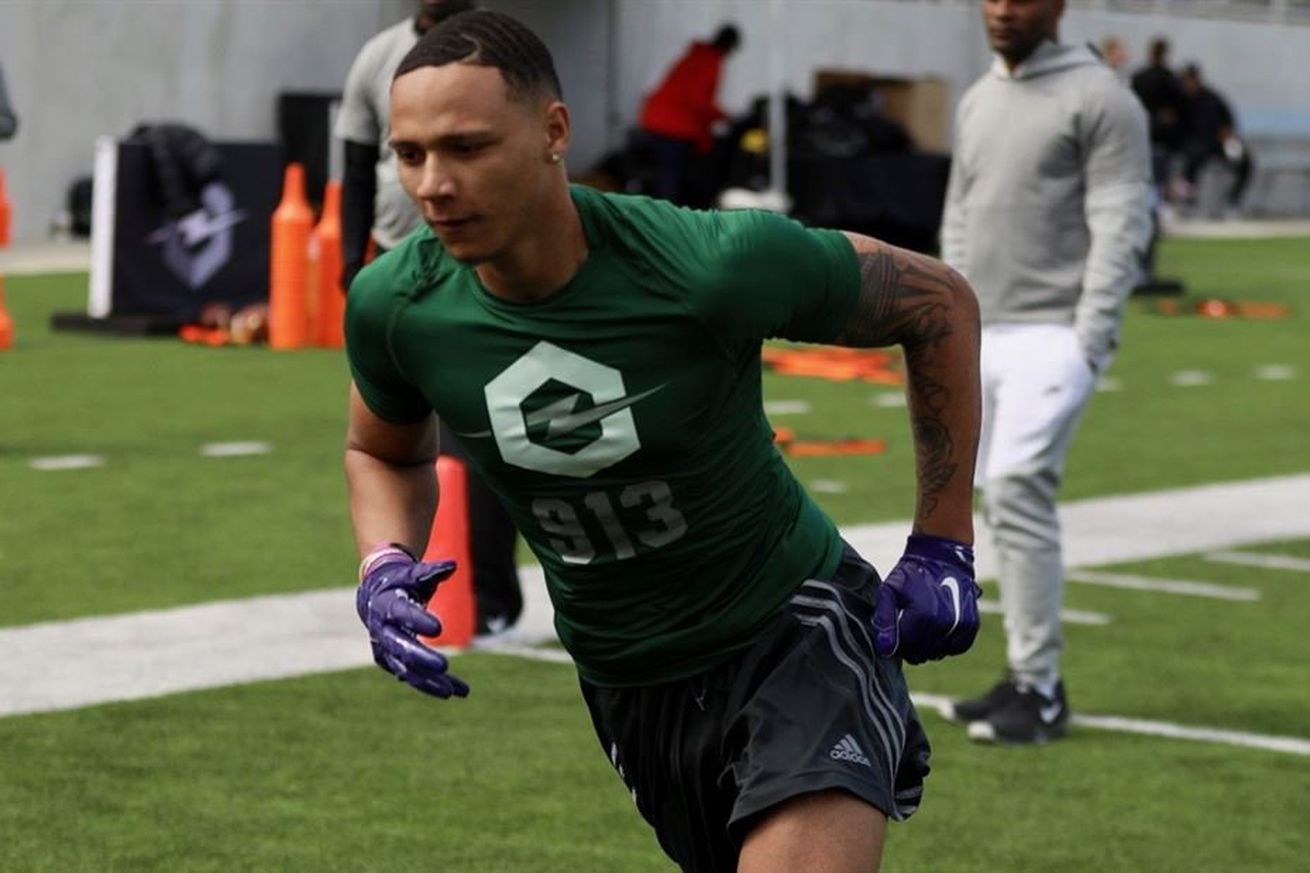 The biggest recruiting news for Oklahoma State came on Wednesday night when the Cowboys landed their quarterback for the class of 2020 in Shane Illingworth.

But that’s not the only football recruiting updates for OSU.


Oklahoma State got some good news earlier this week when class of 2020 Lufkin, Texas safety Jerrin Thompson released his top-five schools on Twitter, and included the Cowboys.


Other schools to make the cut were LSU, Notre Dame, TCU, and Arkansas. Thompson cut his list down from 16 offers, leaving off schools like Oklahoma, Penn State, Virginia Tech, Arizona, Texas Tech, and Baylor, among others. As of now there is one lone 247 Crystal Ball prediction for LSU.

The Cowboys won’t have a ton of time to try and sway Thompson to Stillwater, as the 18th-ranked safety in the 2020 class has set his announcement date for July 6th. He has already visited Notre Dame and Arkansas, so I would expect a visit to Boone Pickens Stadium some time before commitment day.


There are no stats listed for Thompson’s junior season, however, he had an impressive sophomore campaign, racking up 95 tackles, including five TFLs. He also had seven pass breakups, four interceptions and four forced fumbles.

The kid has good hands and decent speed (He ran a verified 4.67-second 40-yard dash at the Opening Houston regional camp in March and has had a verified time of 4.61) and hops.


While the main focus is on building the 2020 class, the Oklahoma State coaching staff is also looking ahead to 2021 and 2022 with their two latest offers.

The first is to wide receiver Armani Winfield of Lewsville, Texas. Star ratings aren’t out for 2022 players yet, but I will be shocked if he isn’t one of the highest rated players at the position when ratings to come out.


Winfield announced his OSU offer on Twitter earlier this week. The Cowboys join 15 other programs including Alabama, LSU, Oklahoma, Texas A&M, Tennessee, Arkansas, Baylor, and Georgia Tech, among others.


As a freshman, Winfield played on the Varsity team for Lewisville, grabbing 27 passes for 376 yards and three touchdowns in route to being named the District 6-6A Co-Offensive Newcomer of the Year.

The other offer went to 2021 in-state linebacker Collin Oliver.


Oklahoma State is the first offer for the inside linebacker form Edmond Santa Fe, though Oklahoma and Tulsa are showing interest.

His teammate from last season, and incoming OSU freshman Trace Ford, is already on Oliver to join him in Stillwater.


The only offer you do need my guy!!!! Congrats bro it’s only the beginning https://t.co/AjUEFzqoWa

— Trace Ford (@traceford12) May 15, 2019​
While Oliver is unrated, that should change in the future. Especially after a sophomore season where he racked up 56 tackles, including six TFLs, and four quarterback hurries in just eight games of action.


We also need to run down a few of the latest offers we’ve missed:


Oklahoma State is the first to offer the 6-4, 285-pound tackle from Summer Creek in Humble, Texas. Banks has also had real interest from Texas A&M. I expect Banks to end up as a highly ranked recruit with a long list of offers, so Charlie Dickey getting the offer in early could be big for OSU here.


Oklahoma State is also the first school to offer the 6-1, 187-pound back from Oak Ridge in Conroe, Texas. OSU has McCaskill high on their list with both Coaches Wozniak and Gleeson involved in his recruitment. Last season for Oak Ridge, McCaskill carried the ball 81 times for 598 yards and eight touchdowns and caught nine receptions for 172 yards and two touchdowns. Like many players Coach Gundy likes, McCaskill is a two sport athlete who also runs the 100 meters, 4x100 relay, and 4x200 relay.


Oklahoma State is one of 21 (!!!) programs who have offered the 6-1, 209-pound 3-star receiver from Steele High School in Cibolo, Texas. Joining OSU are Arizona, Arizona State, USC, Utah, TCU, North Carolina, Kansas State, Iowa State, and Illinois, among others. As a junior, Jackson caught 66 receptions for 1,044 yards and eight touchdowns in route to a first-team all-district selection.