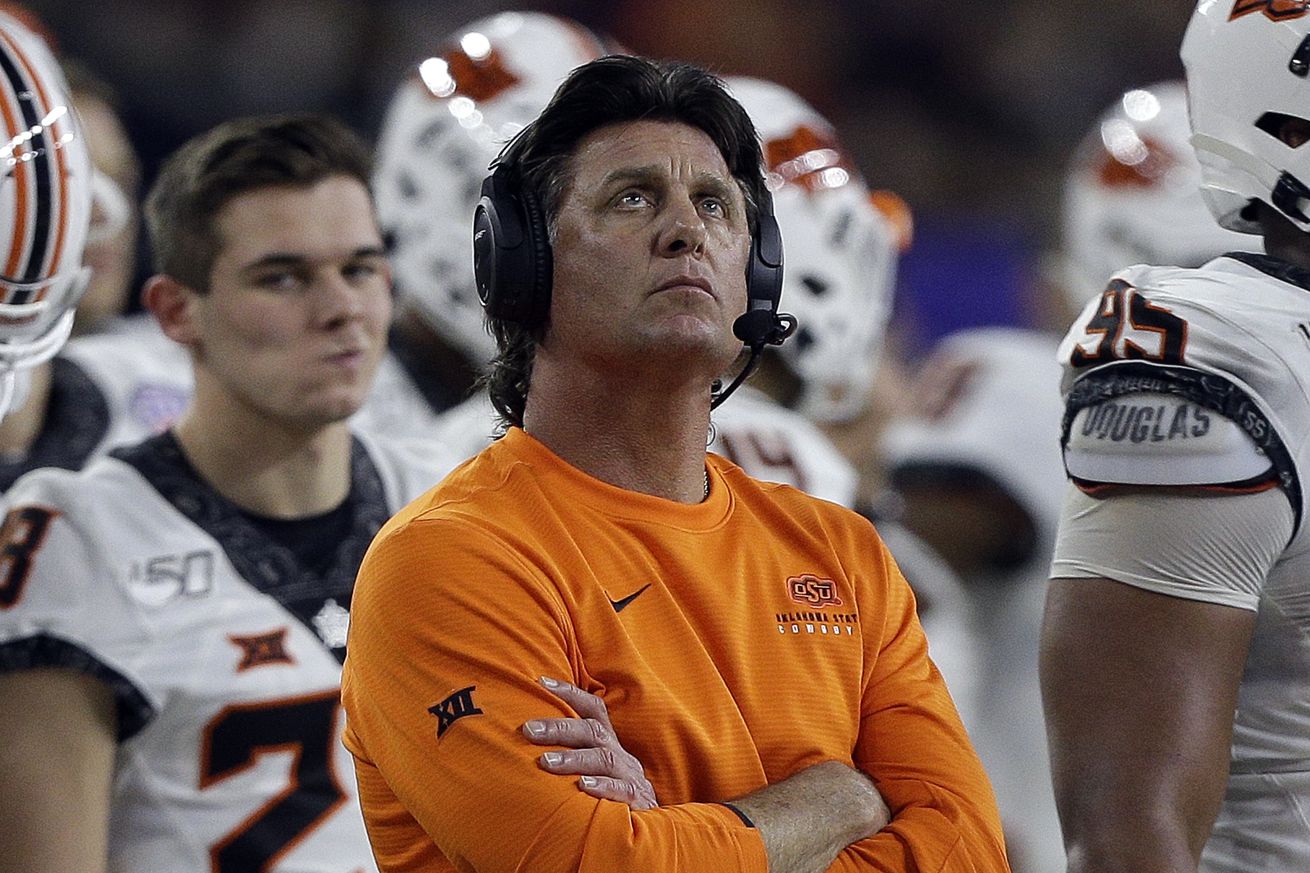 Photo by Bob Levey/Getty Images
All but one voter moved the Cowboys up in their rankings.

In the most recent edition of the Associated Press Top 25 college football poll, Oklahoma State Cowboys saw itself move up four spots without playing a single snap.

It’s not exactly a big surprise, as four teams — Ohio State, Penn State, Oregon, and Wisconsin — disappeared from the poll with the Big Ten and Pac-12 not playing football this fall (for now).

But, that doesn’t mean every voter just moved OSU up four spots in their individual polls. There was actually a decent amount of movement.

Sam McKewon of the Omaha World-Herald moved OSU up five spots, from No. 11 to No. 6, which was the highest anyone ranked the Cowboys this past week.

Adam Zucker of CBS Sports Network provided the Cowboys with their biggest bump up from the preseason, moving the Cowboys up 12 spots from 23rd to 11th.

There was one guy who apparently saw something he didn’t like. Colten Bartholomew of the Wisconsin State Journal, moved the Cowboys down from 19 to 22, the lowest anyone had OSU ranked this week.

Everyone works their poll differently, so I’ll assume Bartholomew didn’t move OSU down so much as he moved other teams up. Like, for instance, West Virginia, who has actually played and won a game this season. He has the Mountaineers ranked two spots ahead of OSU at No. 21.

It’s early in the season. I try not to read too much into polls at this point. But, an impressive win Saturday against Tulsa could go a long way to convincing pollsters — and fans for that matter — that OSU is for real this season.