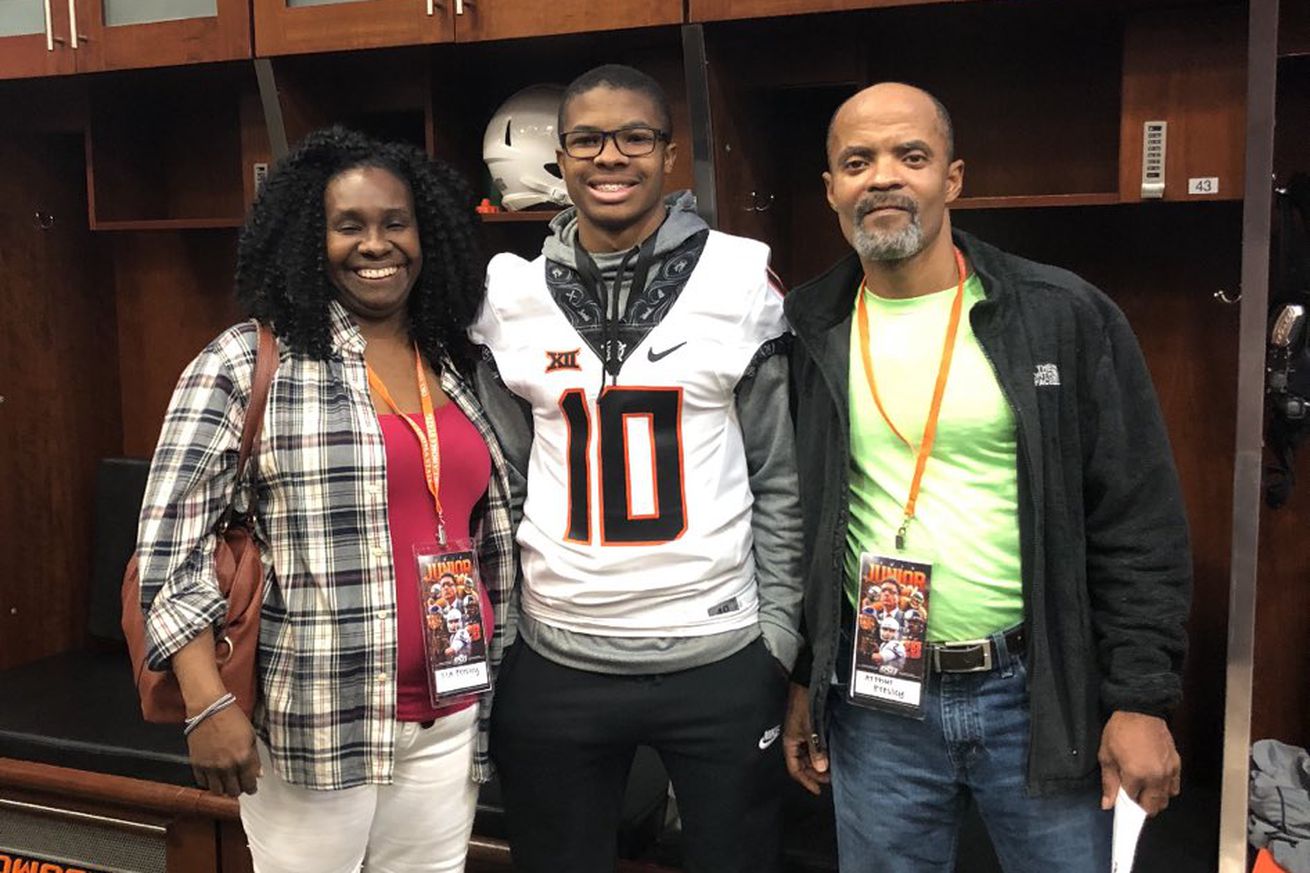 The Cowboys land another in-state recruit in the dynamic wide receiver.

Oklahoma State landed its 13th commitment in the class of 2020 and fifth in-state recruit Monday with Brennan Presley from Bixby.

Presley is only 5-foot-8 and 155 pounds, but he was one of the best playmakers for Bixby, who beat Stillwater in the 6A DII State Championship Game last season. Presley caught 67 passes for more than 1,000 yards and 10 touchdowns, according to The Oklahoman. Presley added six interceptions on defense.

He’s listed as an athlete by 247Sports, but is the first wide receiver to commit to OSU in this cycle. His commitment comes a few days after he showed out at the Southwest Elite 7-on-7 Showcase in Arkansas. One of his touchdown receptions was good enough to land on the #SCtop10 for the day.

— SportsCenter (@SportsCenter) July 12, 2019​
Before Presley heads to Stillwater to start his collegiate career, he will try to help Bixby defend its state title during his senior season.