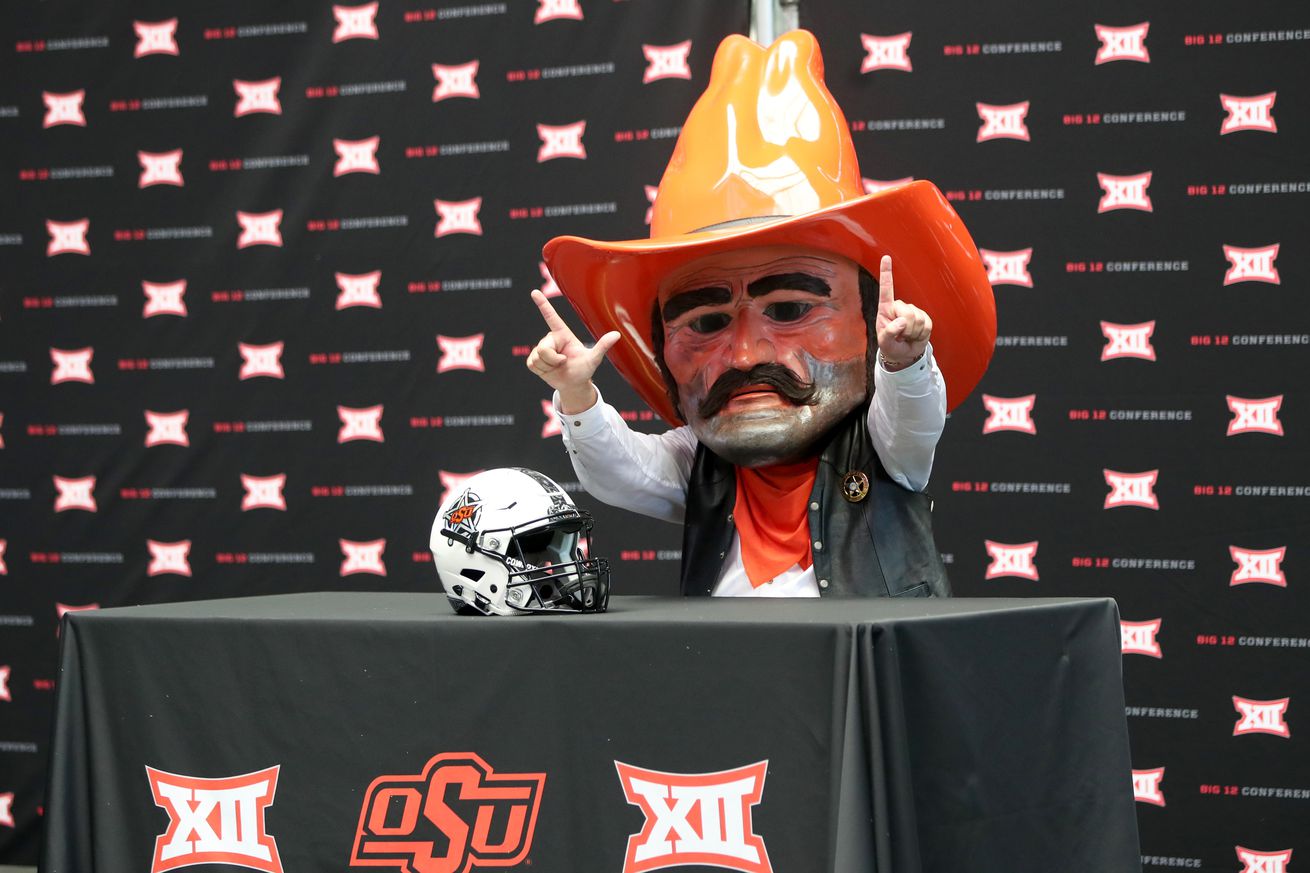 Day one of Big 12 media days has come to a close. What were take aways?

ARLINGTON, Texas — The Big 12 Media Days was a bit of a whirlwind for me as a first timer. With such a busy day, I decided to put together some thoughts on the opening day.

Here are my 5 biggest takeaways:

Question marks at QB throughout the conference

You know how they say if you have two quarterbacks you don’t have a quarterback? Well Oklahoma State isn’t the only team in the Big 12 facing a quarterback battle. TCU head coach Gary Patterson spoke on the six quarterbacks they have fighting for the starting spot right now.

“I always found when you have a high competition level as a general rule you end up with a better product and our competition level this year is going to be going into catch this summer, at a high level and the best part about it is they all get along,” Patterson said.

“I judge quarterbacks on Saturdays, but at some point in time, out of that group we will have to get down to three pretty quickly because you can’t give guys enough reps to get where you need to without doing that.”

West Virginia also has some questions behind center with the departure of Will Greir. But we won’t hear from them until tomorrow.

The Big 12 will have its own network on ESPN+ called Big 12 Now. It’s going to allow fans to watch more games and a wider array of conference sports. I think this is definitely something that Big 12 needed to do.

“Big 12 Now will be combined with our first tier inventory which is on Fox and ESPN,” Big 12 commissioner Bob Bowlsby said. “ESPN will, the ESPN+ app and Big 12 Now will be available on Apple TV, on Android devices, on Roku, ChromeCast, FireTV, it’s available on Xbox One, PlayStation 4, Oculus Go and all new Samsung TVs among a wide array of other places you can get it. So whether it’s your mobile device, your iPad, your Android or some manner of consumption you have with your home 80-inch TV, this is going to be omnipresent.

“It’s available 24/7, 365 worldwide. It doesn’t diminish our reliance on ESPN and Fox as our partners with our tier 1 consumption, but all of our sports will be available on ESPN+, on Big 12 Now at one time or another.”

Based on what I know about the new Kansas head coach, I was expecting him to be a bit more eccentric. His answers were very vanilla and he seemed as stiff as astroturf. Now, it does make sense he would be a little nervous given he hasn’t done this in three years so he could just be a little rusty.

But much like KU football, he wasn’t that lively.

During Bowlsby’s press conference he brought up an interesting point about how the conference’s teams performed in the postseason on the defensive side of the ball.

It has long been a belief that Big 12 teams can’t play defense, but it seems like teams are taking a step to change the narrative. Also, Bowlsby made sure the media was taking notes as he said this so, here you go Bowlsby. I took note of this.

So humble brag but I ended up on Fox Sports which was super cool! It was a crazy day, but I’m so honored to be able to attend for the first time.


.CoachGundy talks about the new faces in the @Big12Conference and how that can present some challenges for game planning around different offensive philosophies.#Big12FB | #GoPokes pic.twitter.com/YsclafdqLu