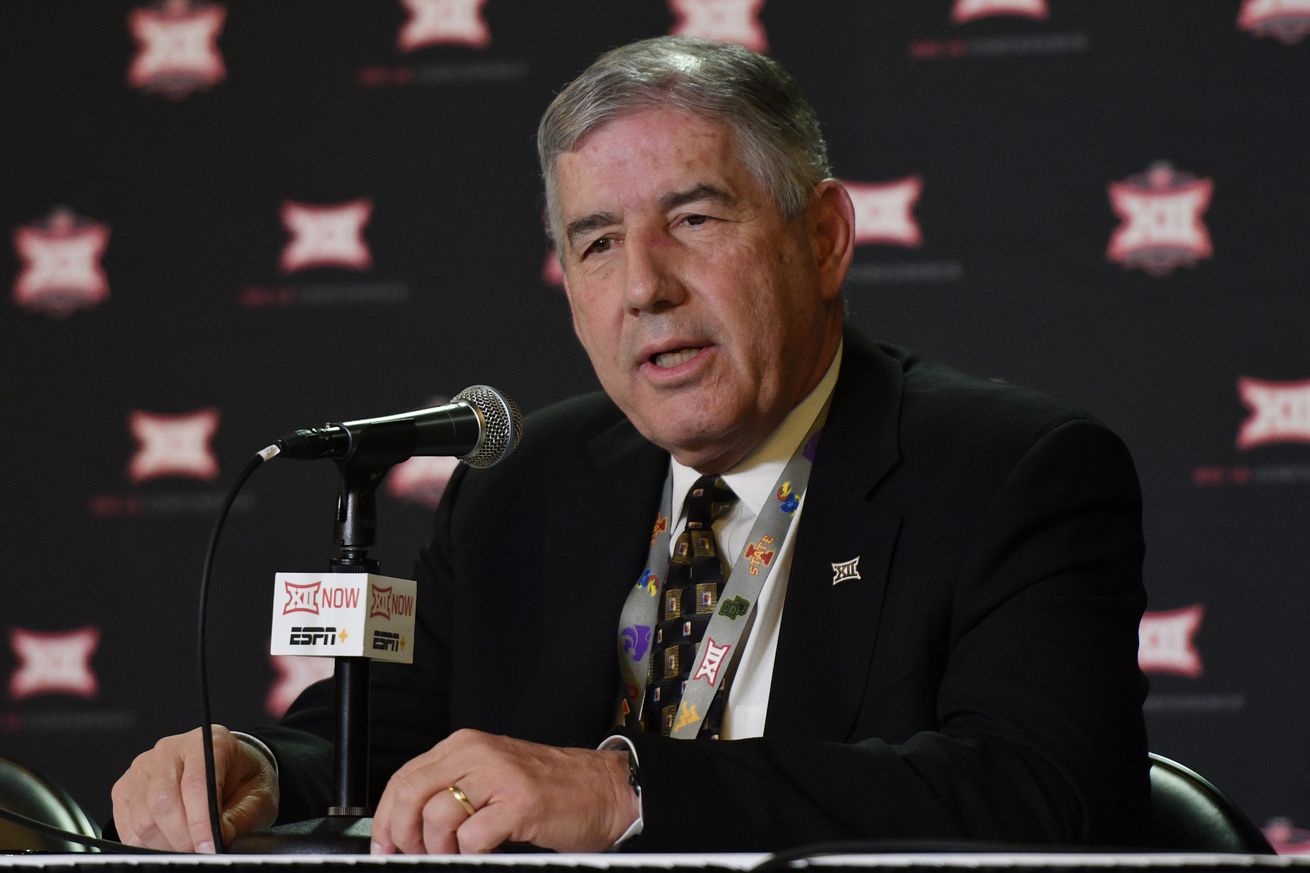 The Big 12 Commissioner Bob Bowlsby wants more people to be wrestling fans, and he has a plan to accomplish his goal by adding a national dual meet tournament.

Bowlsby, who was a high school wrestler at Waterloo (Iowa) West High School, told Kyle Klingman of TrackWrestling on Monday that he feels a national dual meet tournament would bring in casual fans who identify with a team more so than individuals.

“We would get an entirely different fan group with a high-quality dual meet tournament, and I don’t mean to replace the individual tournament because it’s my favorite sporting event,” Bowlsby said. “It always has been. I think it always will be.

“It’s one of the great sporting events, but it’s sort of in a capsule. It isn’t being promoted as widely as it should, and I’ve said that to the National Wrestling Coaches Association. Change is hard for this group and yet we need to evolve.”

Bowlsby did not offer how many teams or what format he wants in a potential national dual meet tournament. He did say the biggest hurdle in making a change is one of a wrestlers’ biggest strengths — being stubborn.

“I don’t think you diminish the individual tournament one iota by also having a team tournament,” Bowlsby said. “I think you just grow the number of people who like and treasure the sport.”

The NCAA wrestling season currently starts in November and runs through March with teams participating in dual meets and an occasional 10-weight class individual bracketed tournament. After the regular season ends, the team conference tournament champions are decided by an individual bracketed tournament with wrestlers scoring various amount of points for their team based on the type of win they have (fall, technical fall, major decision, decision). A pre-determined allotment of wrestlers for each conference at each weight also qualify for the NCAA tournament. The NCAA team champion is then decided by another individual tournament with a similar scoring system to conference tournaments.

OSU, which is the most successful NCAA program regardless of sport with 34 national championships, has finished inside the top 10 six times since Bowlsby became the Big 12 commissioner. The Cowboys have two runner-up finishes (2013, 2016), three third-place finishes (2014, 2017, 2019) and took seventh place in 2015.

Penn State has quickly ascended to be the third-most successful wrestling program in the country by winning eight team titles since 2011. The Nittany Lions also won in 1953 to give him nine titles, trailing only Iowa (23) and OSU (34). The Hawkeyes, who haven’t won a NCAA title since 2010, looked poised to win in 2020 before the tournament was cancelled due to the coronavirus pandemic. The Cowboys’ drought is even longer at 14 years.

“One of the things we need to do is to bring more people to the sport has spectators,” Bowlsby said. “Anytime your spectators are mostly former competitors or former coaches, you’re in a very insular environment. I think there’s a lot of great things about it. I love the sport, and yet we’re our own worst enemy at times. We need to keep evolving.”